US music industry body the RIAA has published its annual mid-year stats for the recorded music market there. They show that revenues grew by 5.6% year-on-year to $5.7bn in the first half of 2020. That’s a retail figure: the wholesale revenues made by labels grew by 5.1% to $3.7bn.

The story here, as in other countries, is that Covid-19 had a significant impact in the second quarter of this year, but not enough to push the recorded music market into decline.

That 5.6% growth is a notable deceleration – in the first half of 2019 the growth was 18% – but the RIAA is looking at the positives, including a 12% rise in streaming revenues.

Streaming generated $4.8bn of revenue for the US recorded music industry in the first half of this year, accounting for 84.9% of overall retail revenues. 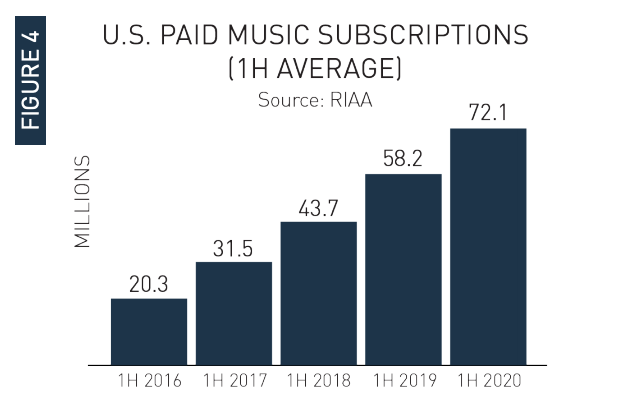 “These are historically difficult times: the live music sector is shut down; studio recording is limited; and millions of Americans are out of work across the broader economy,” said RIAA chairman and CEO Mitch Glazier.

“While we’re pleased that the years of hard work and resources we’ve invested in streaming are driving growth in paid subscriptions, today’s report demonstrates just how much work remains to achieve a sustainably healthy music ecosystem for both music creators and fans.”

“We must continue working to help sustain live music and venues, support gig workers and session musicians, and ensure fair pay for music on all digital platforms. Despite all the challenges from the pandemic, one thing clearly hasn’t changed – fans still love music.”

The trend shown in the RIAA figures – growth, if not as high as would have been expected before Covid-19 – has also been reflected in other countries, including Germany and Spain. 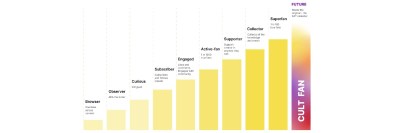 Spring is the company formerly known as Teespring, well known to the music industry as an e-commerce partner for artists.
Read More

Another row breaks out over Phonorecords III CRB decision

The US Copyright Royalties Board is preparing to issue its final verdict on publishing royalties for music streaming services from 2018-22.
Read More

A previous leak meant that the US supreme court's ruling on Friday overturning the Roe v. Wade case protecting women's abortion rights did not come as a surprise.