Baidu’s smart devices and voice assistants arm is worth $2.9bn

Smart speakers and voice assistants are increasingly popular, but what’s their value in corporate terms?

It’s hard to tell given that many of the companies making them – Apple, Google and Amazon included – don’t split out their revenues from this technology, and the companies’ market caps are based on their entire businesses.

But here’s a number to play with: $2.9bn. That’s the valuation of Chinese tech firm Baidu’s ‘Smart Living’ group, which includes its smart speakers and displays, as well as its voice assistant.

The valuation comes from a new funding round (of an undisclosed amount) raised by Baidu for this division specifically.

Earlier this year, research firm Canalys estimated that Baidu took third place for global smart speaker shipments in 2019, with its 17.3m units behind only Google (23.8m) and Amazon (37.3m).

Meanwhile, the DuerOS voice assistant had 400 million users in July 2019, and while that figure hasn’t been updated, DuerOS generated 5.8bn voice queries from its users in June 2020 alone.

People have been wondering when (or even if) the likes of Apple and Spotify will get into hi-res music streaming, even if opinions still vary on how you define ‘hi-res’. Here’s some interesting news from Apple, then:...
Read More 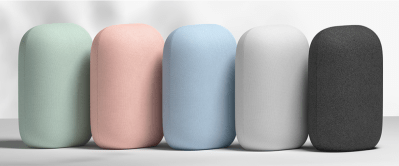 “Made for music, the new Nest Audio is here,” is how Google introduced its new smart speaker last night, emphasising the audio quality of the new device, which goes on sale in the coming days. It's 75% louder with...
© Copyright Music Ally All rights reserved 2020 - Website designed and maintained by