Short video app Triller has found itself at the centre of another controversy around its public user numbers. A report by Business Insider citing ‘six former Triller employees’ claimed that when Triller said in October 2019 that it had 13 million monthly active users, the true figure was “closer to two million”.

The details are important here: the report cited a screenshot from analytics tool Localytics, taken by one of those former employees a few weeks after the 13 million announcement, which appeared to show that Triller had “just 2 million monthly active iOS users and about 484,000 monthly active users on Android devices”.

Business Insider said that four of the other former Triller staff remembered the monthly active user count on the Localytics tool “ranging between 1 million and 2.5 million at the time”, but it also reported Triller CEO Mike Lu’s forthright response that those sources were “disseminating inaccurate information”.

“As for our users, we can validate each and every one of our 239m plus of them and have two separate third party analytics companies preparing independent analyses based on transparent data access,” he added.

This is the second time Triller has been challenged over its public user numbers: in August it threatened to sue another analytics company, Apptopia, for suggesting that Triller’s app had been downloaded around 52m times since launching, rather than its official stat of 250m. It has since signed a partnership with Apptopia to give the latter access to its metrics.

Those independent analyses will be important, in a year when Triller has claimed skyrocketing growth. At the start of July, Triller announced that it had 50 million monthly active users; in late August it said it had 65 million after claiming to have made a $20bn acquisition bid for TikTok; and there’s even been a 100 million MAUs figure floating around since then (although not, as far as we can tell, in an official press release from Triller itself).

Note, though, some of the deals that Triller has struck to boost its growth in different parts of the world. In August it announced a partnership with Indian streaming service JioSaavn including the provision that “when any music video is watched within the JioSaavn streamer it will automatically be a Triller music video, which will exponentially grow Triller’s users and usage”.

In September, Triller also said that it had achieved “over 100 million installs on Transsion phones” – a handset brand that’s big in Africa, and a figure that would not register on analytics platforms focused on Google and Apple’s app stores.

The more transparent Triller can be about how these and other partnerships filter in to its publicly-claimed numbers, the better – particularly as it continues to seek a major funding round to fuel the next stage of its growth. 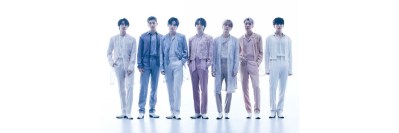 BTS and YouTube team up again for a short-video challenge 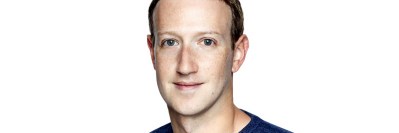 It's been a wobbly time for some big tech companies, but the money is still rolling in at Facebook's parent company Meta.