The charts of digital music services having clout with consumers and the industry alike isn’t a new trend for anyone who remembers the heyday of Apple’s iTunes rankings around the world. We’re interested in the current burst of activity around streaming services’ charts though. Both Spotify and YouTube Music had announcements this week shedding more light on their strategies.

For Spotify, it’s a set of new weekly music charts to complement its existing daily rankings. Every Monday, Spotify will publish charts of the top 50 songs and albums both globally and in the US (so four charts in all), as well as ‘Global Top 10 Debuts’ and ‘US Top 10 Debuts’ rankings based just on the Friday-to-Sunday performance of new songs and albums.

The new charts are a strange halfway house though: published as infographics through the Spotify Charts Twitter account, rather than surfaced within Spotify’s service, and with no actual figures in the infographics, just the rankings. There’s potential for all this to change, of course. And it is interesting to see Spotify launching its first charts devoted to albums rather than just tracks.

Charts aren’t new for YouTube either: it launched its first music charts in May 2018: weekly rankings of songs, videos and artists. What’s new this week is that those charts will now be surfaced within YouTube Music’s ‘Explore’ tab. “For the very first time, YouTube Music users will be able to directly engage with the most popular music from 57 countries around the world,” explained a blog post.

The wider context here: the question of which charts will matter most to streaming users, and to the industry. Individual countries still have their official music charts, grappling with the task of fairly aggregating sales, streams and (perhaps soon?) engagement with music on social video platforms.

(The US is particularly interesting at the moment: Rolling Stone teamed up with Alpha Data – formerly BuzzAngle Music – in 2019 to launch new charts as direct competition to Billboard’s industry-standard rankings there. Yet as of a couple of weeks ago, Billboard and Rolling Stone are now part of the same company, the PMRC joint venture launched by parent companies MRC and Penske Media Corp. How long will duplicate charts survive for?)

Adding to the fun, Billboard and MRC recently launched a pair of new global charts, the Billboard Global 200 and Billboard Global Excl US, which are directly comparable to Spotify and YouTube’s weekly rankings. There’s still great value to the music industry in these aggregated charts, but as DSPs throw more promotion behind their own ranked lists, the official charts do face a challenge in maintaining their status with listeners. 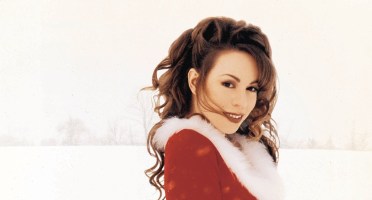 Strange though it may sound given its annual ubiquity, Mariah Carey’s ‘All I Want For Christmas is You’ has never actually reached the top of the official singles chart. It might finally do that this week...
Read More

It's a staged launch for Spotify's traditional 'Wrapped' end-of-year promotion this year. Yesterday we got the topline music stats, and this morning the listener-focused element is rolling out. This year, it's happening...
Read More

It’s that time of the year again, when your social feeds start filling up with Spotify’s annual ‘Wrapped’ campaign. It kicked off today with some stats on the biggest music and podcasts of the year on...
© Copyright Music Ally All rights reserved 2020 - Website designed and maintained by