Can Music Make You Sick? Measuring the price of musical ambition (book extract)

‘Can Music Make You Sick?‘ is a new book by Sally Anne Gross and Dr George Musgrave, with its roots in a study of the same name commissioned by charity Help Musicians UK in 2017, about mental health in the music industry.

Ahead of World Mental Health Day on 10 October, Gross and Musgrave have shared an excerpt from the book with Music Ally, and have also introduced it.

“This extract below is taken from Chapter 4 of our book entitled ‘The Status of Value’. In this chapter we examine the ways in which musicians seek answers to questions concerning what musical work ‘is’, what it means, and what ‘success’ is, and the impact this can have their emotional wellbeing.

As we suggest: “This findings of this chapter are threefold. Firstly, as artists live out their musical lives increasingly in the public glare online, they report their sense of wellbeing being undermined.

The vulnerability of being ‘on display’ they perceive as harmful as this is also coming within a feedback loop of appraisal and valuation.

There is a link between extreme levels of competition in the marketplace and the need artists feel to maintain relevance within their musical genre and for the wider music industries.

In this atmosphere of abundance, it becomes increasingly difficult to achieve the central aim of musical production – meaningful connection.

Secondly, when artists engage with the music industry, high levels of anxiety might be explained by seeking contracts as a marker of status within an environment which musicians feel is often defined by luck.

Luck, we suggest, is a myth that serves to [blur] the reality of pre-existing power and network relations in the music industries; putting things down to ‘bad luck’ is, in a high-risk industry, an almost perfect excuse, letting everybody concerned off the hook.

In this environment, musicians hope that their work produces the required stickiness to ensure that they not only get heard but that they can make authentic connections that allow their careers to grow.

Thirdly, there is a complex and contradictory relationship between the idea of being in control and the impact this has on inevitable failures which were reported to be internalised despite not always being internally attributed.

These three features of ‘the status of value’ demonstrate how artists in the contemporary music industries come to suffer when they begin the process of situating their work within the cultural field of production and the complex processes of [acquiring ‘success’] necessary when one wants to be heard”.

The extract we have chosen below comes from the early part of the chapter in which we explore the relationship between high levels of competition – competition for the attention of listeners, for status, for career progression, for support from organisations and institutions, etc – and the need to stay ‘relevant’.

One of the central themes of our book is that of abundance, and what an environment of musical abundance feels like for those making music, and getting heard and staying heard is key. We start by hearing from one of the musicians we interviewed.” 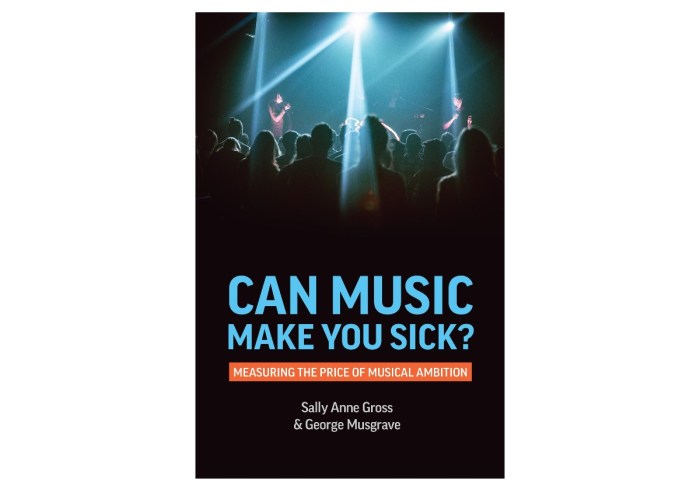 Measuring the Price of Musical Ambition

“If you’ve got an app on your phone that can access all the new music, every single artist in the whole world at the touch of a button, you don’t actually need to commit, not even 79p to hear or own that song. I think that… furthers that feeling that these tracks, these pieces of music that people are creating, they essentially are disposable… I do listen to ‘New Music Friday’ in my car and things like that, so you’re starting to feel like it’s harder than ever for a musician. You can’t afford to stop creating. You can’t afford to take too long on what you’re doing or get too attached to it because it’s faster moving than ever before. And that just furthers that kind of sense of anxiety.

This extract contains so much richness. It speaks to how the massive oversupply of music sits within an equally unimaginable stream of news and media information in the last decade, as Dean (2009) amongst others have pointed out.

This has created an unquantifiable and unimaginable music market that begins to feel less like abundance or ‘ubiquity’ and more like what Steyerl (2011) calls an invasion and occupation.

In this setting it is not music that is scarce but rather time and attention across the whole media landscape from consumers, prosumers, retailers, gatekeepers, etc. For the musicians we spoke to, the online, digital world moves at astonishing speed: too fast to make sense of.

It is disorientating and anxiety-inducing whereby some of the musicians we spoke to were forced to adopt an ‘on to the next one’ approach i.e. this song is made and finished, it’s time to make another one.

Indeed, Billboard recently suggested that this rapid-fire approach to music making was ‘the new normal’ (Enis, 2020), whereby ‘simply keeping an artist’s name in people’s minds can be incredibly difficult’ and constantly releasing music becomes ‘a way to maintain a presence in the conversation.’

It is in this environment that the concept of relevancy, and the idea of maintaining relevancy online where attention is the key currency, becomes so central to understanding the working lives of musicians today. As the producer above puts it: “You can’t afford to stop creating”.

Another interviewee told us: ‘When you see how difficult it is and how many other people are doing it… I think it’s this whole big vicious cycle of, as your self-worth decreases, you become more anxious’ (Musician, F, Indie/ Musical theatre, Belfast).

Immediately following the tragic suicide of EDM superstar Avicii in 2018, many questions were asked about his exhausting touring schedule and the impact this had on his physical and mental wellbeing.

Of course, there were a wide range of reasons for this schedule, one of which being financial, but looking at his timetable of not only performances, but also radio interviews, television appearances, photo opportunities and ‘meet and greets’ along with everything that goes along with touring, we saw the most extreme and debilitating version of what our interviewees described: the need to stay relevant in an environment of competitive abundance.

It is one thing to try and work out if you are successful, but more than this, if you don’t keep releasing music, how do you know you exist?

There is an implicit, positive idea that the sheer amount of music being made is socially beneficial as it represents diversity, and a widening of communication and mass creative expression; evidence of participatory democracy in action.

However, participatory culture and the abundance of music – as well as all kinds of other media – cannot simply be described in positive terms.

For those working in and aspiring to work in the music sector, the amount of music is, our interviewees told us, part of the difficulty.

When struggling to stay seen and stay heard, and in finding metrics to affirm and communicate different modalities of status, the questions which matter come to be: How many views does your song have? How many retweets did your tweet get? Nice track, when is the next one coming out? What’s next?

Today, sending messages and creating content appears to be all that matters, or is certainly a large part of it. This is what our interviewee earlier characterised as the fact that he ‘can’t afford to take too long on what you’re doing or get too attached to it’ (Producer/Songwriter, M, Pop, London).

However, this can be painful for musicians who so embody their labour, and who are often, personally, seeking very different things from their work.

Can Music Make You Sick? is available to buy now. The ebook version is also open access from the publisher. 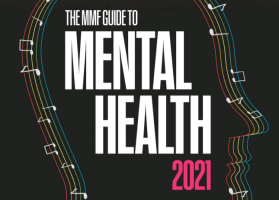 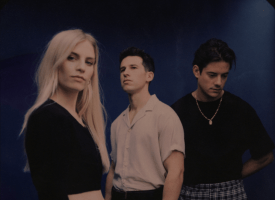 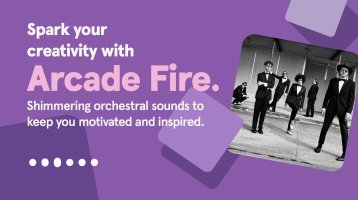 Remember the days when bands got told off if they made songs that were too long to be played on the radio? When the intended distribution channel is a mindfulness app, there’s no such danger. Witness the new Arcade Fire...
© Copyright Music Ally All rights reserved 2021 - Website designed and maintained by