Almost as long as there have been a number of popular music streaming services, there have been apps and websites designed to help people transfer their playlists between them (for example when leaving one service to join another) or to maintain playlists across several of them (aimed at curators more than regular users).

Nobody’s found a great business model for these tools yet, but at any point there have been a few to choose from. One of the current crop is SongShift, an iOS app that shifts playlists between services including Apple Music, Spotify, YouTube, Pandora and Tidal. This weekend, the developers made an announcement.

“Unfortunately, as of SongShift v5.1.2, you will no longer be able to create transfers from Spotify to another music service. We understand this will be a disappointment for a lot of you. We wish we didn’t have to,” they wrote.

“The Spotify Developer Platform Team reached out and let us know we’d need to remove transferring from their service to a competing music service or have our API access revoked due to TOS violation. While this is not the news we wanted to hear, we respect their decision.”

Spotify has not yet commented: we’re contacting them and will update this story with any response explaining their side of the story. It’s possible that the way SongShift’s app is accessing and transfers playlists breaches Spotify’s terms of service in some way we don’t realise. For example, if it were being used to transfer Spotify-curated playlists rather than those of users? Equally, it’s possible that a mistake has been made that will be swiftly corrected.

Hopefully it’s one of those two things, because if Spotify were to crack down on tools designed to help people port their own playlists to competing services, that wouldn’t be a good look for the company at all.

As the co-founder of the Coalition for App Fairness, and the cataloguer in some detail of Apple’s perceived abuses of power, Spotify more than most companies should be aware of the risks in throwing your weight around as the most powerful platform owner in your sector.

Still, as we say, perhaps there’s an explanation: we’re contacting Spotify to find out. Other playlist-transfer apps have begun to react to the news. “FreeYourMusic continues to transfer playlists from Spotify as we use a different method (we stopped using their official SDK). Thanks to this, we’re in the clear,” tweeted FreeYourMusic, another popular app, this morning.

Under its previous name of Stamp, it tangled with Spotify two years ago over this issue, publishing a letter from Spotify’s developer compliance team saying that its terms “prohibit developers from integrating Spotify Content (including metadata) with third-party services, or building products or services that promote competition with the Spotify Service”.

So, not a new issue, necessarily, but one with much more potential for embarrassment in 2020, given Spotify’s campaign against Apple and platform-owner overreach. 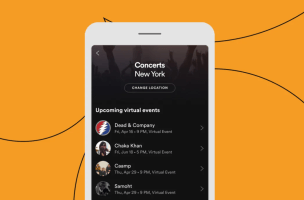 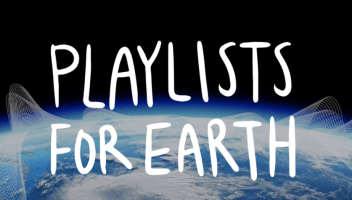