The rumours were right: music publisher Round Hill Music is planning to take its songs fund public. The Round Hill Music Royalty Fund has announced plans to raise $375m through an IPO on the London Stock Exchange. You can read its announcement here.

The company says it has already identified more than 40 catalogues containing more than 120k songs that it plans to buy with the proceeds from the IPO.

The lineup of artists whose work is included in those catalogues is long and starry: The Beatles, Celine Dion, the Rolling Stones, Louis Armstrong, Marvin Gaye, Elvis Presley and… well, you get the picture.

Round Hill says it will be investing the IPO proceeds within 3-6 months: spending akin to that other big wallet-opener of recent times, Hipgnosis Songs Fund.

“It is our hope that this easily accessible investment company will become a major part of our business,” said Round Hill Music CEO Josh Gruss. The company will publish its prospectus in the coming days, with the IPO planned for mid-November. 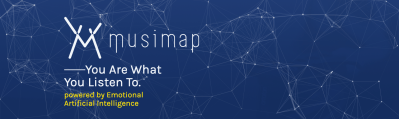