For several months, the #BrokenRecord campaign in the UK has been calling for the government to step in to the debate about musicians’ streaming royalties. Today, there’s been a significant announcement on that front.

No, not legislation (yet). The British parliament’s Digital, Culture, Media and Sport (DCMS) committee has launched an inquiry into the economics of music streaming.

Streaming has changed the music industry – but do the economics of music streaming work for everyone?

We're launching an inquiry into the economics of music streaming today and want to hear from you.

“MPs will examine what economic impact music streaming is having on artists, record labels and the sustainability of the wider music industry,” it explained.

“Music streaming in the UK brings in more than £1 billion in revenue with 114 billion music streams in the last year, however artists can be paid as little as 13% of the income generated.”

The inquiry will have a wider remit than just artist royalties, however. It will also consider “whether the government should be taking action to protect the industry from piracy in the wake of steps taken by the EU on copyright and intellectual property rights”.

The first step is for industry experts, artists, labels and streaming services to submit their written views, with a deadline of 16 November. It’s particularly interested in these questions:

What are the dominant business models of platforms that offer music streaming as a service?

What has been the economic impact and long-term implications of streaming on the music industry, including for artists, record labels, record shops, etc?

How can the Government protect the industry from knock-on effects, such as increased piracy of music? Does the UK need an equivalent of the Copyright Directive?

Judging by the comments from the DCMS committee chair Julian Knight MP, the inquiry may be a particularly bumpy ride for the DSPs.

“While streaming is a growing and important part of the music industry contributing billions to global wealth, its success cannot come at the expense of talented and lesser-known artists. Algorithms might benefit platforms in maximising income from streaming but they are a blunt tool to operate in a creative industry with emerging talent risking failing the first hurdle,” said Knight.

“We’re asking whether the business models used by major streaming platforms are fair to the writers and performers who provide the material. Longer-term we’re looking at whether the economics of streaming could in future limit the range of artists and music that we’re all able to enjoy today.”

While these are important issues, the inquiry will surely also explore the economics of streaming after the royalties have been paid out by the DSPs, including the much discussed of late topic of artists’ contracts and revenue splits with labels.

If the inquiry looks at the potential for user-centric payouts, that could also prove sticky territory for labels, if it yields more information on which companies have blocked Deezer’s attempts to test the user-centric model, and their arguments for doing so.

That said, labels will welcome the inquiry’s focus on whether the UK needs an equivalent of the European Copyright Directive, given their fears that post-Brexit, the UK will turn its back on the legislation’s approach to user-uploaded content platforms.

All this is a localised story, but these kinds of inquiries – especially when televised hearings are involved – can have knock-on effects elsewhere in the world. We’ll thus be following the DCMS’s investigation closely in the coming months.

Update: reactions are coming in from the British music industry to the news:

“This is a welcome announcement by the DCMS Select Committee. Managers are at the epicentre of changes in the recorded music business, and the MMF have been at the forefront of debates around streaming through our long-running Dissecting The Digital Dollar initiative. We look forward to submitting evidence on behalf of our membership,” said MMF boss Annabella Coldrick.

An important enquiry from @CommonsDCMS into the economics of music streaming.

Our #FixStreaming campaign with @WeAreTheMU has called for an enquiry so that streaming is equitable, transparent and fair.

Thank you to all 17,000 of you that signed our petition to #KeepMusicAlive https://t.co/CnKGj9R18b 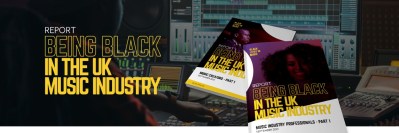 A new report published by UK-based organisation Black Lives in Music has surveyed Black artists and industry people about their experiences of racism and discrimination at work.
© Copyright Music Ally All rights reserved 2021 - Website designed and maintained by