In April we reported on the shutdown of French startup Soundsgood. It had launched in 2015 as a way to curate playlists and manage them across multiple streaming services, before moving more towards B2B services for labels.

“These B2B activities have eventually led to our recent acquisition,” announced Soundsgood as it closed down, but the company declined to say who the buyer was.

Now, through the time-honoured journalistic tradition of ‘remembering to look at the former CEO’s LinkedIn profile a few months later’, Music Ally can reveal that the acquirer of Soundsgood was… distributor Believe.

Soundsgood boss Josquin Farge is now global head of consumer marketing solutions at Believe, with his profile noting that he was “founder of Soundsgood (acquired by Believe)”.

He’s now “managing a team of CRM experts and Tech/PDT squad” at the distributor. So if you’ve noticed Believe upping its playlists game this year, now you know why.

Spotify has been coming under pressure over its ‘Discovery Mode’ test, which lets artists choose tracks to get a promotional boost in its autoplay and radio features, in return for a discounted royalty rate. Yesterday,...
Read More 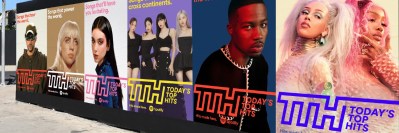 With more than 28.6 million followers, Today's Top Hits is Spotify's biggest playlist by some distance. It has generated more than 1.4bn hours of listening and 27.3bn streams to date according to Spotify, having playlisted...
Read More

Spotify has evolved from a pure music-streaming service to an 'audio-first' platform including podcasts and live audio. Perhaps major labels will go down a similar evolutionary path. Sony Music is the latest to beef up...
© Copyright Music Ally All rights reserved 2021 - Website designed and maintained by