2020 has been a really interesting year for Universal Music Group’s various arms in China. From local signings like Linong Chen and Sunnee to a joint label with Tencent Music, via gaming songwriting camps and the small matter of $1.2m of Taylor Swift album sales in a few days on NetEase Cloud Music.

Weaving these strands into the overall story of UMG’s China strategy is a task for another day, but today the major label group’s merchandise division announced its own latest deal in China.

Bravado is partnering with Alibaba Group, and will be opening a merch store on the latter company’s Tmall Global service to sell products for the likes of Tupac Shakur, Guns n’ Roses, the Rolling Stones and Bob Marley.

Oh, and Taylor Swift, who’ll be the new store’s first featured artist – the first time merch from her ‘Folklore’ album has been sold in China. In fact, Chinese fans will get its brand new merch drop two weeks before any other country. 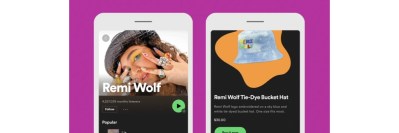