Agyemang suggested that rethinking the concept of the industry’s ‘funnel’ for new staff and budding executives may be important. “The thought process of it being a funnel? We should reevaluate how we look at that. When you think about it, a funnel, you start off big and then you kinda weed out a lot of things. You’re slowing that process and really limiting how many people can come in,” she said.

Agyemang suggested that this is a limitation, not only in terms of creating a new generation of Black executives, but also for the industry’s ability to respond to change. “Things change so often, to the point of being able to provide mentorship and opportunities for growth, there should also be the creation of new positions that are going along with what is happening in the industry,” she said.

“There are new ways that people are consuming music every day, there are new genres of music that are becoming popular every single day, there are new things that we’re able to do that maybe wasn’t a talking point five years ago… [It’s about] just being flexible and allowing that pipeline to come in and grow.”

Harleston addressed the ways opportunities can be created for the next generation of Black executives in music. “The first is creating ways that allow individuals to know these positions are available, and those hiring to actually know who these individuals are,” he said.

“Whether that is akin to a Rooney Rule [in the sporting world: a rule originated by the NFL requiring teams to interview non-white candidates for head coaching and other senior roles] or whether that’s some other policy that ensures the funnel is wide and great… It’s human nature: people hire people like themselves, and to break that cycle, you have to create an environment where people meet people who are not like themselves, and oftentimes find that those people have incredible value to offer in the structure.”

Brown, meanwhile, suggested that the music industry’s consolidation, particularly in major labels, had an impact on the opportunities available to Black executives. “Consolidation and a lack of competition, I think, squeeze out opportunities for Black people to lead on the executive side,” she said.

“When we go from six [majors] to three, there are fewer opportunities for people to lead. The first thing you do is you start getting rid of redundancy, or the appearance of redundancy,” she continued. “Well, then who are the people who leave the door first? Who are the people hw are going to be able to survive in that hyper-competitive environment? Who’s sponsoring whom, who’s mentoring whom, who has access to what?” 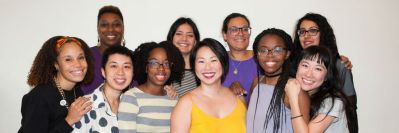 PPL and The Cat’s Mother plan industry events for women

British collecting society PPL is partnering with mentoring network The Cat’s Mother for a series of events and other activities in 2021 aimed at young women entering the music industry. The latter organisation was...
Read More

Lead: Distributors’ New Playlist Game-Plan: Distributors, keen to place songs onto powerful playlists, are becoming much more proactive in their approach – whether that means building standalone playlist brands with...
© Copyright Music Ally All rights reserved 2020 - Website designed and maintained by