In mid-2018, YouTube said that more than one billion people visited it every month to consume music. Two and a half years later, that total has doubled to more than two billion.

The new milestone has been announced this afternoon in a blog post by YouTube’s global head of music Lyor Cohen, as YouTube launched its first audio advertising format.

“Music video streaming is quickly growing in popularity: More than 2 billion people come to YouTube each month to experience music,” wrote Cohen, as part of an argument that brands and their agencies should be spending more money with YouTube around music.

As well as audio ads, which are in beta, YouTube is also launching ‘dynamic music lineups’ which will package up music channels by genre (including Latin music, K-Pop and hip-hop) and mood (for example fitness) for advertising buys at a country level.

Cohen’s blog post gives some other stats about music consumption on YouTube too, such as the fact that more than 85% of music video viewing on the platform happens in the foreground – and 60% of that is happening on mobile devices.

(For more context on YouTube and music, see startup Pex’s recent report claiming that music accounted for 22% of all views on YouTube in 2019, although those figures have not ever been confirmed by YouTube itself. Also see a report published by Midia Research today exploring YouTube’s music-related business in 2019, claiming that 47% of consumers are weekly active users of YouTube, ahead of Spotify’s 29%.)

But back to those 2bn-plus logged-in viewers who watch music videos on YouTube every month. Note, it matches YouTube’s still-official figure of more than 2bn monthly logged-in users for its entire platform, although we’d be wary of assuming 100% penetration, since the latter statistic was announced in February 2019, and will have grown since.

– More than 50% of logged-in viewers who consume music content in a day are consuming more than 10 minutes of it (i.e. multiple songs/videos)

– YouTube Music now has a catalogue of more than 70m official tracks.

– Its watch time on TV screens of recorded (i.e. not livestreamed) live-music performances doubled between July 2019 and July 2020.

YouTube’s advertising revenues also grew by 32.4% year-on-year to $5.04bn in the third quarter of this year, but despite the company’s claim that it paid more than $3bn to the music industry in 2019 in royalties from ads and subscriptions, rightsholders are keen for it to pay more – particularly from the free, ad-supported side of its business.

Cohen’s blog post, and the new ad formats and packages, suggest YouTube is also keen to do better on that front. The post also reminded advertisers of YouTube’s existing tools to buy ads around its ‘Select Music Lineup‘ (the top 5% of “premium music content” on YouTube) and around its Top 100 chart.

“As I talk to folks in the industry, I know there are often misconceptions about how people engage with music and music content’s ability to drive results,” was Cohen’s message.

“In all my years in the business I can tell you this: music moves and shapes culture, communities, and people. For advertisers, it’s a reliable – and untapped – way to capture an audience that’s engaging with videos they truly love.”

Disagreements at the policy level between YouTube and the music industry over online safe harbours remain, but – dare we say it – below that level the company’s efforts to do more with music and with artists are welcome.

For Music Ally’s Sandbox Summit conference in September, YouTube Music talked us through some of its recent work with artists, including helping Japanese musician Reol to make $130k from a single livestream via its super chats and super stickers fan-donation features.

This year, YouTube Music has also: launched a weekly music show called ‘Released’ to spotlight a key new release just before it goes live; continued to add more personalisation to its playlists and recommendations; and commissioned a series of music documentaries with artists including Justin Bieber and Major Lazer.

It has launched new analytics for musicians; tested a TikTok style short-videos feature (including music) called Shorts; continued its Foundry program for emerging artists and its MMF-run accelerator for managers; and helped US independent venues body NIVA raise more than $1.8m to support members through a livestreamed concert. It even opened a pop-up wig shop with Sam Smith.

There have been low points too, such as a dispute with Danish collecting society Koda that temporarily – it’s since been resolved by a new licensing deal – removed music from its country from the platform.

Meanwhile, as individual European countries decide how to implement the EU’s new copyright directive – including its sections on safe harbours and liability of online platforms for user-uploaded copyrighted content – the intense behind-the-scenes lobbying continues to spark ill feeling between YouTube and music rightsholders.

Still, with more than two billion monthly music users, YouTube is by a distance the world’s biggest music streaming platform, and with 1.97 billion of those people currently not paying, serious moves to boost the advertising revenue (and thus royalties) around music are welcome. 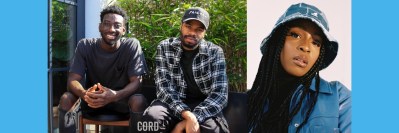 The music industry knows all about YouTube's role in bringing K-Pop music to the world, from Psy's 'Gangnam Style' to the success of BTS and Blackpink.
© Copyright Music Ally All rights reserved 2022 - Website designed and maintained by