Snapchat and Instagram have stories, Twitter now has fleets, but it’s easy to forget that Spotify, too, has been exploring the ‘stories’ format. For a reminder, take a look at ‘Megan Thee Stallion presents Good News, the Enhanced Album‘ in Spotify’s mobile app.

It’s an official playlist for Megan’s new album ‘Good News’ with exclusive videos of the artist talking about its songs and the recording process.

Whereas once these videos would have been embedded within the playlist itself, now they’re accessed via a prominent ‘tap to see the story’ icon, and then tapped through just like multi-part stories on those other social apps.

I remember writing about Spotify testing ‘stories’ last year, but this is the first time I’ve seen one in the wild…

(Video quality my connection’s fault I think: my rural broadband is having a moment!) pic.twitter.com/2D2eDy6SIl

It’s the evolution of tests uncovered in August last year of stories within playlists on Spotify. Alongside the enhanced album, Megan Thee Stalliono has also taken over Spotify’s ‘Feelin’ Myself‘ playlist for the album launch. 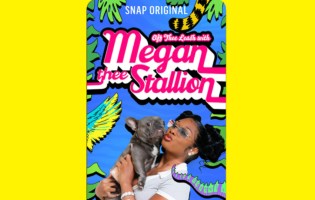 Megan Thee Stallion gets her own reality show… on Snapchat

Snap has been making ‘originals’ – short-form TV shows – for Snapchat for a while now. Over 128 of them, in fact. Now the company has announced its latest slate, including a reality show for a music star....
Read More