If you’d asked us to guess the most viral video on TikTok this year, we’d probably have said the skateboarding Fleetwood Mac guy. But no, @420Doggface208’s cranberry-swigging clip is playing second fiddle to a video based on… Blackpool grime! Well, influencer Bella Poarch’s take on ‘M to the B’, a rap originally by British teenager Millie B, which enjoyed a new lease of life on TikTok this year.

Poarch’s video has been watched 528.8m times on TikTok since she posted it in mid-August, and in turn that has spurred more than 7.4m videos using the audio clip – actual Millie B popped up to join in, with a video that has been watched 40.4m times.

TikTok’s end-of-year roundup also includes a playlist of 10 of the biggest songs of the year, starting with Jawsh 685 and Jason Derulo’s ‘Savage Love (Laxed – Siren Beat)’.

TikTok is having a busy month rolling out new features (and tests of new features) for its app. The latest is called ‘Green Screen Duet‘, and is a combination of two of its existing tools (yep: Green Screen and...
Read More 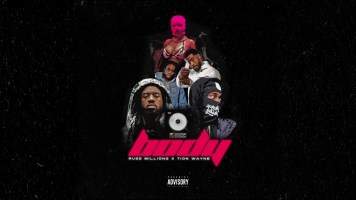 The UK’s drill music scene is celebrating its first number one single after Russ Millions and Tion Wayne’s ‘Body’ took top slot in the official chart. Label Atlantic Records has hailed the role that...
© Copyright Music Ally All rights reserved 2021 - Website designed and maintained by