Persuading more people to pay for music streaming subscriptions is a priority for the Indian music industry. Could Spotify’s latest move help? It has launched a new ‘Premium Mini’ tier of its service there, with cheaper prices for one-day and one-week subscriptions, but with users only able to use it on their mobile devices.

Spotify is charging INR 7 per day and INR 25 per week (around $0.10 and $0.34), representing reductions of 46% and 36% respectively on the regular Spotify Premium pricing. It’s not the first example of a cheaper mobile-only subscription launched by a western digital service in India: Netflix has already tried a similar strategy.

It’s a bold move in a market where local services Gaana and JioSaavn still have many more users than Spotify, although the latter has been growing impressively. As journalist Amit Gurbaxani reported for us last week, industry sources suggest Spotify had 12-15 million monthly active users in India by the end of Q3 this year, up from two million in April 2019, the last time it published figures.

How will those rivals respond? A subscription price war may not have been what rightsholders were hoping for when pressing for more paying users in India. That said, it’s a market with such scale that if cheap, mobile-only plans are what’s needed to open more listeners’ wallets, the impact could be meaningful.

Talking of India, news site Mint has published a reminder of the market share figures early this year, sourced form research firms Kantar and Vtion. In January, they estimated that Gaana accounted for 30% of audio streaming in India, ahead of JioSaavn (24%), Wynk Music and Spotify (both 15%) and Google Play Music (10%).

Note the ‘audio’ there: YouTube wasn’t included, and it’s the biggest streaming service by far in India. Spotify’s share of streams may have grown since then too, but with its new Premium Mini plan, the big question is whether it can forge ahead of rivals in 2021 on the metric of paying subscribers. The Mint piece cites industry body IMI’s head Blaise Fernandes as saying both subscriber numbers and listening time have grown by 40% in India this year, so the potential is clear. 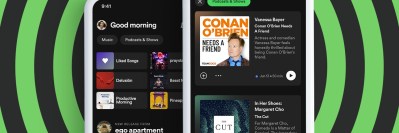