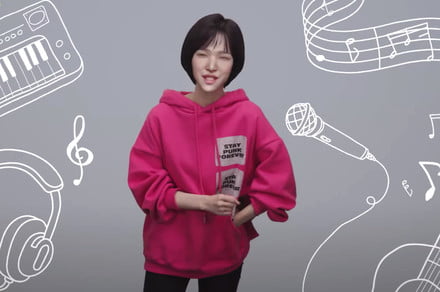 Reah Keem is an influencer and DJ; she has a SoundCloud for her own music; she wears ‘Stay Punk Forever’ hoodies… and she’s entirely virtual. Welcome to 2021, folks.

Keem is the latest example of brands getting excited about ‘synthetic reality’ technology: LG gave her a starring role in its online press conference at the CES technology show this week, promoting a new robot called the CLOi UV-C.

As The Verge dryly described it: “Keem’s job was talking about how important the CLOi UV-C was to her own life, using the chance to talk about how excited she was to start traveling again in the real world — a world in which she technically does not exist.”

It’s unclear if Keem herself was created by LG, but it seems likely: the company’s press release said that it “introduced Reah Keem, a virtual composer and DJ made even more human through deep learning technology”.

Expect more rows in 2021 over platform moderation of podcasts

Hot Pod News founder Nicholas Quah is one of the sharpest analysts of the podcasting industry, so his ‘2021 Year in Preview‘ post is well worth a read. Among its predictions: more moderation rows ahead over the...
© Copyright Music Ally All rights reserved 2021 - Website designed and maintained by