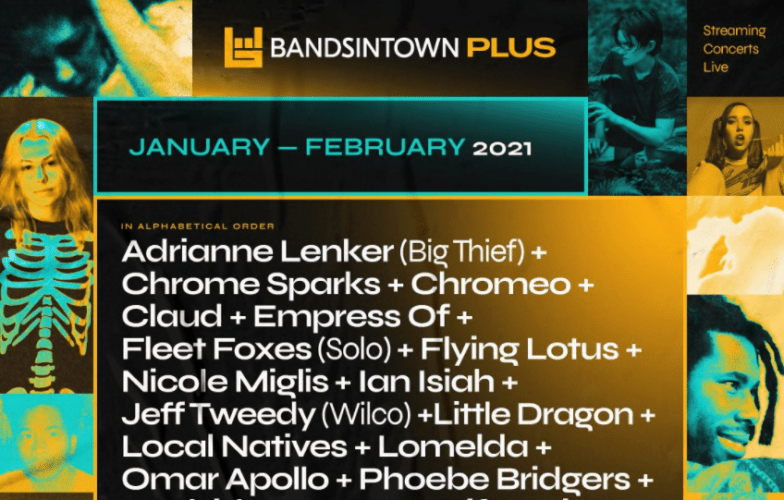 In 2020, Bandsintown quickly pivoted from being a service helping people to discover physical concerts to one that pointed them in the direction of online livestreams. Just before Christmas, it revealed that it had tracked nearly 61,000 livestreams between 25 March and 12 December from nearly 20,000 artists – and that by November more than half of new events were charging fans to watch.

Now Bandsintown is hoping to capitalise on those people’s willingness to pay with its own new service. Called Bandsintown Plus, it will charge a $9.99 monthly subscription for access to more than 25 exclusive livestreams a month. Chromeo, Fleet Foxes, Flying Lotus, Jeff Tweedy (Wilco), Phoebe Bridgers, Rodrigo y Gabriela and Toro y Moi are among the better-known artists already signed up.

The financial model, according to CEO Fabrice Sergent’s interview with Billboard, is that artists “are paid a performance fee for playing on our platform” – rather than a streaming-style division of the subscription income. Sergent added that he’s hoping for “hundreds of thousands” of fans to sign up for the service. Interactivity will initially include Q&As with artists and a chat section, plus links to artists’ own merchandise stores.

It’s an intense burst of innovation, but there will surely be winners and losers further down the line, as it becomes clear which platforms fans and artists alike are gravitating towards. There is also the question of how artists’ current enthusiasm for livestreams will evolve once they’re back on the road touring.

Consolidation is inevitable for the livestreaming world, then: Bandsintown’s task (like all those companies listed above bar the huge social/video platforms) is to establish an audience and a reputation with artists that will carry through to what we still hope we’ll be able to describe as the post-Covid era. 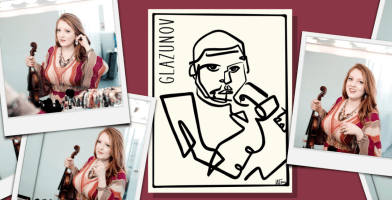 Last year, classical violinist Rachel Barton Pine ran a series of free ‘Family Fridays with RBP‘ livestreams, and they have obviously given her a taste for the format. Now she’s launching a series of 24...
Read More

How many likes does your top artist’s or company’s Facebook page have? Who cares?! At least, that’s one of the messages coming from Facebook’s latest redesign of how its pages look and work. “We...
Read More 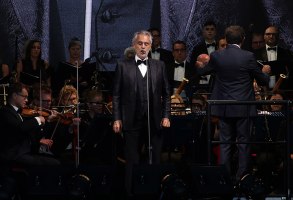 Classical star Andrea Bocelli enjoyed a festive bonanza with his livestream from Italy’s Teatro Regio di Parma Opera House in December. According to Pollstar, the show sold $1.75m of tickets thanks to more than 70,000...
© Copyright Music Ally All rights reserved 2021 - Website designed and maintained by