Two more musicians are selling their rights – or at least part of them – to investment companies.

Shakira is the latest to throw in her lot with Hipgnosis Songs Fund, which has acquired 100% of her music publishing rights for her entire catalogue of 145 songs. “One of the most serious and successful songwriters of the last 25 years, having written or co-written virtually every song she has ever recorded,” as founder Merck Mercuriadis noted.

KT Tunstall, meanwhile, has struck a deal with Primary Wave Music Publishing. The company is acquiring a stake in her publishing catalogue, but also a 50% share of her royalties from master recordings. “KT is a rare songwriting talent who writes songs that move you with a story. We are honoured to have her in the family,” said Primary Wave CEO Larry Mestel.

Ryan Tedder found fame with his group OneRepublic, but he’s since become a songwriter to the stars too: Adele, Beyoncé, Ed Sheeran and Lady Gaga are among his clients. Now he has also joined the ranks of top songwriters...
Read More

US satellite radio firm SiriusXM has revealed that it is writing down the value of Pandora, its music streaming subsidiary, by around $1bn. The news came in SiriusXM’s announcement to investors of its expectations...
Read More 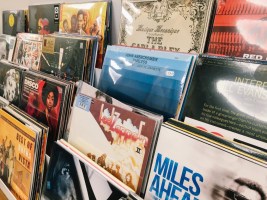