In December, we wrote about a trend in the South Korean TV industry for shows that brought dead singers back to life using a combination of holograms and AI voice synthesis. Now K-Pop giant Big Hit Entertainment has invested KRW 4bn (around $3.6m) into one of the tech startups involved in those shows. The company is Supertone, which has developed technology to create artificial (or synthetic) voices which it claims sound just like real humans.

Branded as ‘Singing Voice Synthesis’, the tech was tested on a show called Competition of the Century: AI vs Human, to recreate the tones of Kim Kwang-seok, a popular South Korean singer who died in 1996.

What does Big Hit want with the tech? MBW pointed to a January CNN interview with the company’s COO Choi Hee-doo, which now looks like a strong pitch. “For example, BTS is really busy these days, and it’d be unfortunate if they can’t participate in content due to lack of time. So, if BTS uses our technology when making games or audiobooks or dubbing an animation, for instance, they wouldn’t necessarily have to record in person…”

Triller has a new CEO and ambitions for ‘internet 3.0’

We know what you’re thinking. What IS internet 3.0? According to Triller’s latest announcement, it’s about “consolidating technology, apps and entertainment and lifestyle content platforms”...
Read More 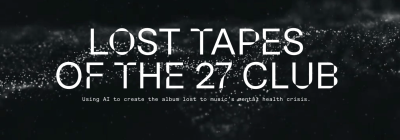 CleverMind: There’s a ‘new’ Nirvana song written by an AI

If you've listened to Nirvana a lot, you won't mistake 'Drowned in the Sun' for a genuine lost track by them, but you might think it was by a young band wearing their influences a little too much on their sleeves. Which...
© Copyright Music Ally All rights reserved 2021 - Website designed and maintained by