Will Page used to be Spotify’s chief economist. Now he’s preparing to publish a book called Tarzan Economics, focusing on “principles for pivoting through disruption”. However, he’s also continuing his annual analysis of the global value of music copyright: bringing together recorded music, publishing revenues, and the income of collecting societies.

His analysis for 2019 was published yesterday, and the topline story is 7% growth, with music copyright worth $31.6bn that year. That’s split $19.6bn from labels, $10bn from collecting societies, and $1.9bn of ‘publishers direct revenues’ – although bear in mind that publishers also receive some of the second category from the CMOs.

“In USD constant currency, record labels were up 8%, CMOs were up 4% and music publishers were up just 1%,” wrote Page. “This is a continuation of a ‘hare and tortoise’ trend: labels have gone from boom to bust and are now booming again thanks to streaming revenues, whereas CMOs and publishers who have more diverse income portfolios have never really stopped growing – albeit at more modest rates.”

He also noted that when he first conducted his study in 2014, labels’ share of this global value was 55%, but that this grew to 62% by 2019, at the expense of CMOs’ and publishers’ share. “One can look at this two ways: CMOs and publishers might feel aggrieved by labels getting the lion’s share of the revenues from streaming, whereas labels may point to 2014 as the lowest-point in their volatile two decades of digital disruption,” suggested Page diplomatically.

Streaming accounted for 47% of the overall value in 2019, up from 39% in 2018. When the figures for 2020 are eventually calculated (by the end of this year, he hopes) Page expects a tipping point of streaming being more than 50% of music copyright’s value. There is more in his report, including a look at the potential impact of high-potential markets in Asia and Africa, and the challenge of ‘Android fracking’ – “the iPhone is Saudi Arabia, Android is Southern Siberia – both have oil, but the latter is harder to extract…”

Anyway, with Page’s analysis, we move on to the IFPI’s latest Global Music Report, focusing purely on recorded music revenues in 2020. It’s being published later today: watch out for an alert with our report on its findings. 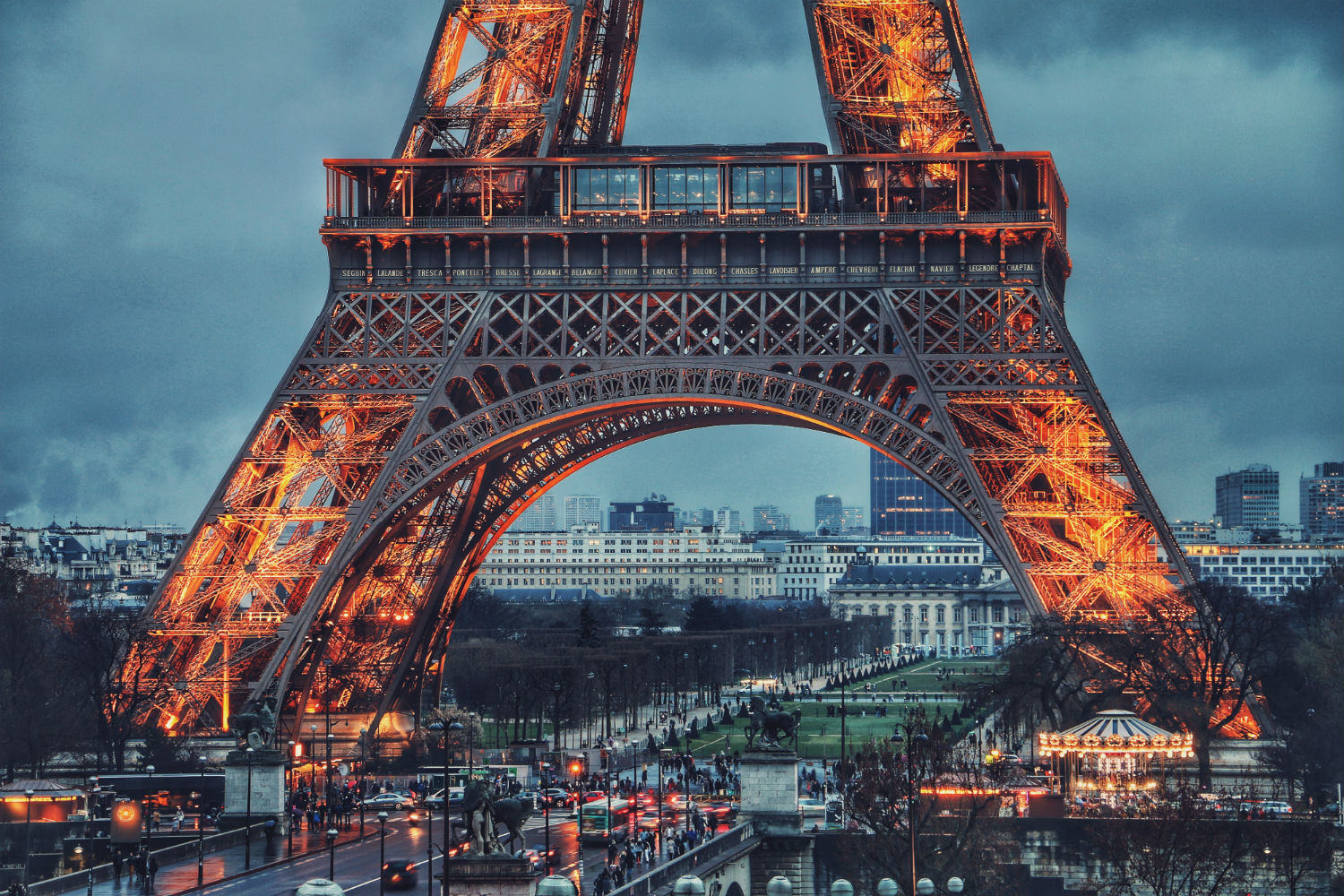 France still has considerable room for growth in subscriber numbers, according to Alexandre Lasch, head of industry body Snep. In 2020 streaming income in France grew by 20.6% to €453m, with the number of paid music subscriptions...
Read More 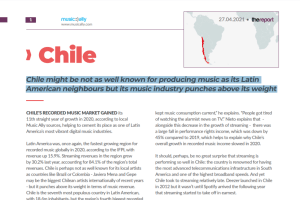 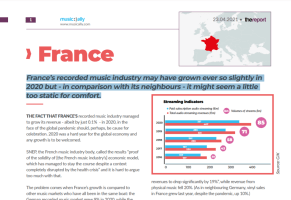 France’s recorded music industry may have grown ever so slightly in 2020 but – in comparison with its neighbours – it might seem a little too static for comfort.
© Copyright Music Ally All rights reserved 2021 - Website designed and maintained by