Impala, which represents independent music companies in Europe, is the latest organisation to step in to the debate about the music streaming economy and how to reform it. “Our aim is to make streaming fairer and provide a dynamic, compelling and responsible future for creators and for fans,” was how Impala introduced its 10-point plan.

The plan starts on a familiar beat, calling for legislators to “revoke the safe harbour privileges” of platforms like YouTube “and to make sure no new loopholes are created”. But the manifesto quickly gets on to questions around the division of streaming royalties that have been prominent in the UK’s parliamentary inquiry into this sector’s economics.

Impala represents labels, so it isn’t a big surprise to see it coming out against ‘equitable remuneration’ as a solution to streaming complaints. “Let’s be clear. It is not a new right – it is a compensation mechanism for rights when they are stripped away,” is its argument.

“The model on which it’s based illustrates the loss of value it brings, with radio paying rates per listener that are up to 200 times lower than streaming… It may also allow monopoly market participants to end the industry’s freedom to negotiate commercial rates for streaming; and it would not result in greater pay-outs to artists.”

Elsewhere in the plan, Impala says it is “ready to explore” user-centric payouts but warns that “on its own it won’t create the optimal market for artists, just a different set of artists who gain and lose, without growing the market or embracing other dynamics which we feel are needed to achieve change”.

The point that will be most welcomed by artists’ rights campaigners is Impala’s call for labels to “commit to revising all pre-digital royalty rates, and all artists should receive a fair contemporary digital rate”.

The manifesto also comes out strongly against “any proposals by services that reduce royalties for plays, or privileged treatment, in algorithms or other features. This is payola, and has no legitimate place in improving viability and opportunity for creators”.

That puts Impala on a collision course with Spotify, which has been testing its ‘Discovery Mode’ since November last year, enabling labels and artists to choose tracks for promotion in its radio and autoplay features in exchange for a lower royalty rate on those streams.

While Spotify has argued that participants earn more money by participating in the scheme – because the increase in streams outweighs the impact of the lower royalty rates – this has raised important questions about whether artists and labels who *don’t* take part are losing both streams and revenues as a result.

That seems to be the aspect that Impala is gunning for, and given its history of challenging the biggest companies in the music industry – usually over consolidation – Spotify should prepare itself for some battles ahead if it presses on with the strategy, and especially if it expands it to other parts of its service. 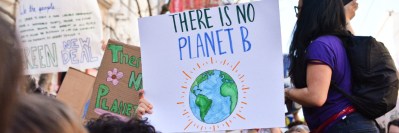 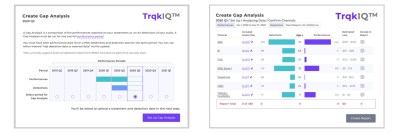