Bandsintown has been talking to artists and fans again about their livestreaming views and habits. Its latest survey canvassed 7,688 people, and found that 86% of fans have watched at least one music livestream within the past 12 months, while 31% have streamed seven or more. 62% have paid for a livestream, while 55% say they will continue watching even when physical concerts return.

Meanwhile, 70% of musicians surveyed said they had livestreamed during the last year, while 41% are now doing it once a month or more. 85% of them plan to keep doing it once they’re back on the road.

Overall, Bandsintown says that 22,000 artists have promoted more than 79.5k livestreams on its platform since March 2020 as the company pivoted from what had previously been a service entirely about tracking upcoming live concerts. 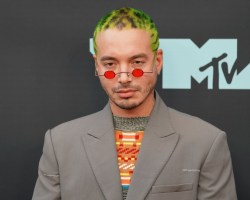 Latin music increases its share of US recorded music market

US industry body the RIAA has published its latest analysis of revenues for Latin music in the US. It shows that in 2020 it accounted for 5.4% of the overall market, up from 5% in 2019. Latin music revenues grew by 19% in...
Read More

The Pew Research Center has been surveying Americans on their social media usage, and found that… not much has changed. “YouTube and Facebook continue to dominate the online landscape, with 81% and 69%, respectively,...
Read More

In May 2020, Canadian collecting society Socan became one of the first PROs to launch a licensing scheme for livestreamed concerts. It was called ‘Encore’ and would pay songwriters and publishers when their...
© Copyright Music Ally All rights reserved 2021 - Website designed and maintained by