One day; two acquisitions; and more than $700m spent on music companies and copyrights. Downtown’s sale of its copyrights to Concord and Hasbro’s sale of eOne’s music business to Blackstone are different deals, they both play in to a bigger picture of an industry that’s not just experiencing a catalogue-buying boom, but also one that is realigning itself.

Start with the Downtown sale, which saw Concord buy 145,000 owned and co-published copyrights. A price wasn’t announced, but Variety suggested it was “in excess of $300 million and possibly significantly more”, while MBW pegged it at $400m.

Why is Downtown getting out of copyrights when everyone and their private-equity aunt is piling in to this market? The answer is partly in the question: we don’t know whether the market has peaked or not, but it feels like a moment for sellers to realise maximum value.

It’s also a strategic shift for Downtown that has been a while in the making: the company will now be “focused exclusively on the fast-growing music services sector”, and says that it expects to generate more than $600m of revenues from that business in 2021. Responsibility for hitting that goal falls to the newly-created Downtown Music Services division, led by publishing veteran Mike Smith.

As for Hasbro, its sale of eOne’s music business feels like a logical answer to the question ‘How can Peppa Pig and My Little Pony be comfortable sister brands to Death Row Records and the Wu-Tang Clan?’. Hasbro bought eOne at the end of 2019, paying $3.8bn in a deal that was much more about TV, film and children’s brands than it was about music.

Now that music business has been sold to “entities controlled by Blackstone”, the investment firm that also owns music rights organisation Sesac. Blackstone said that it plans to continue running eOne Music as an independent business unit under its current president Chris Taylor. In this case, the price was announced: $385m.

eOne isn’t just about pioneering hip-hop labels and artists. In 2019 it acquired production music company Audio Network for $215m, and so that firm will also be part of the “creator-first music brand with global scale and expertise” that Blackstone is promising to operate.

Spotify has evolved from a pure music-streaming service to an 'audio-first' platform including podcasts and live audio. Perhaps major labels will go down a similar evolutionary path. Sony Music is the latest to beef up...
Read More 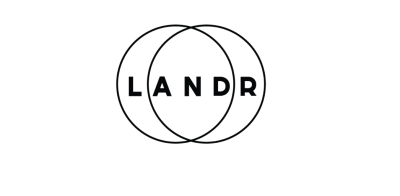 Creator tools firm Landr has announced its latest acquisition: of audio software company Synchro Arts. That’s the firm behind vocal production plug-ins VocAlign and Revoice Pro, which has been going since 1994. “This...
© Copyright Music Ally All rights reserved 2021 - Website designed and maintained by