Music Ally’s Global Experts Panel is an international group of industry leaders. Each month we put a single, vital question to them about today’s music industry – and ask them what should happen next.

Equitable remuneration (ER) is a hot-button topic with huge potential implications for the music industry in the UK. ER emerged as a focal point of the ongoing high-profile UK Parliamentary Inquiry into Streaming Economics (which Music Ally has covered at length), after being introduced strategically early in the inquiry by a well-organised group of artists and their representatives.

Tom Gray, founder of the Broken Record campaign that helped initiate the inquiry, talked about ER as an “equal pay for equal work” change to the way that rightsholders are paid.

(As a reminder: in the UK, equitable remuneration is the system used to pay royalties from broadcast usage of music, with collecting society PPL splitting them 50/50 between labels and artists.)

The artists who have planted the ER seed would like to see legislation that applies ER to certain modes of listening on services like Spotify and Apple Music – like autoplay (where the platform plays music it thinks you will like) and certain forms of playlist. Their argument is that these modes of listening are more “radio-like” and thus ER could be applied, diverting much more money, by law, directly to artists.

After ER’s appearance in each stage of the inquiry – to labels, publishers, DSPs, and industry bodies alike – there’s a feeling that the MPs involved in the inquiry may seize on ER as an apparently simple solution to the artists’ pleas for more money from streaming. It’s certainly a topic the industry is taking seriously, and one that Geoff Taylor, chief executive of UK labels’ trade association the BPI, robustly pushed back against in a recent interview with Music Ally.

Not only, Taylor said, was ER “not going to work as a solution,” for artists, but that it also would have, “substantial, negative effects on the long-term competitiveness of the UK business” – and that Spotify’s more lean-back functionality should not be compared to radio, because, unlike radio, “at any point, you are in control” over the song selection.

With two vital components of the UK industry polarised on the topic – not to mention the group of politicians perhaps looking to score a popular point in the middle – it’s clearly a thorny issue, and without doubt a hugely important and complex one.

So, we wanted to know what our panel of senior industry experts thought. It was a topic that some Experts were – perhaps understandably, given what ER puts at stake – less keen than normal to answer, even off the record. But those that did had varied and clear ideas of what should happen – and interpretations of what the implementation of ER might mean. Their thoughts are below.

“I’m not an expert on ER by any means but I’d question which problem Equitable Remuneration is trying to solve. Should some/all streaming services pay more? Yes. Will ER ensure that happens? Not necessarily – streamers will try and reduce other royalty payments to cover their additional costs. Will artists get more money if collected by neighbouring rights collection societies? That depends on the artist, their label deal, the competency of the neighbouring rights organisation and their distribution policies. That’s quite a lot of factors which might affect the dollars distributed.”

Sabin reacted specifically to this comment by Tom Gray at the inquiry: “If you just apply equitable remuneration, to some extent, to on-demand, suddenly for the first time in history money goes directly into the pockets [of the artist] from the first stream – irrespective of what awful contract terms an artist has.”

Her response was this:

“Reducing the amount of money going to labels might feel good for people who want labels to be punished for having “awful contract terms”, but it will affect all labels, even the ones with “great contract terms”. More importantly, though, the long-term effect will be to reduce the number of artists who get signed to labels, reduce the amount of money given to artists as advances, reduce recording and marketing budgets, etc., and thus have an overall negative effect on artists and the industry as a whole.”

“Surely ER is what indie labels have been doing all along? We split everything 50/50 with artists on everything!”

“As a student of music business history (one of my favourite COVID reads has been The Operator), I generally resist signing onto hashtags or campaigns that offer quick solutions to the most complex of problems. I will forever work towards improving the power balance between decision-makers and those directly affected by their decisions. With that in mind, I look forward to industry organisations and private companies developing a framework that enables them to work together to solve these most complex and fundamental challenges.”

“It is the manager’s job to build sustainable business models for artists, and we cannot ignore that we continue the process of adaptation to digital environments. There are inefficiencies, yes, and there are already examples of innovative Collective Management Organizations such as Sound Exchange and Teosto that have managed to reduce the digital friction in licensing and revenue sharing.

“However, most of the CMOs are not there, and what we require is a structural change in the economic model – not only regarding the distribution and division of the artists’ money.

“The nature of the use of radio and live music means that CMOs are required to obtain licenses, but streaming does not need CMOs to get licenses. There may be better ways to increase the bargaining power of artists than outsourcing their haggling.”

Two separate stories very much related to the wider question of how artists are paid for streams and what that means for independent labels.
Read More 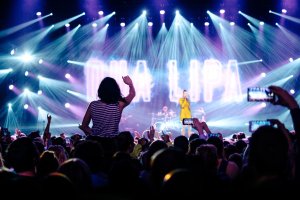 Music Ally’s Global Experts Panel is an international group of industry leaders. Each month we put a single, vital question to them about today’s music industry – and ask them what should happen next. An artist’s...
Read More

Music Ally’s Global Experts Panel is an international group of industry leaders. Each month we put a single, vital question to them about today’s music industry – and ask them what should happen next. Streaming platforms...