Streaming service Deezer is getting a new chief executive, with the announcement that current boss Hans-Holger Albrecht is stepping down next month.

The new CEO will be Jeronimo Folgueira, previously the head of Spark Networks, the Berlin-based company that owns dating apps including Zoosk and EliteSingles.

Spark went public in 2017, which may provide useful experience if and when Deezer revives its own ambitions for such a listing. Folgueira stepped down from the CEO role there in December 2019, remaining as a board member until August 2020.

Albrecht won’t be exiting the Deezer picture entirely: he will remain on the company’s board of directors after stepping down at the end of June.

“With the support of all shareholders and partners, a passionate team of 600 people have built the fourth largest global audio streaming service in the world. Our revenues have grown over 300% in the last five years and our platform averages more than 600 monthly streams per active user,” said Albrecht in a statement. “We have a clear strategy in place to deliver long term, sustainable growth and value for shareholders, artists and users.”

Folgueira offered his own statement too. “We have a highly competitive platform with unique features that listeners love. That means we’re in a great place to accelerate our growth and capture many new opportunities, which will benefit both artists and music fans,” he said.

Those stats mentioned by Albrecht are worth thinking about. Deezer currently has 16 million monthly active users, so if they are averaging 600 streams a month each, that’s around 9.6bn monthly streams.

In July 2020, Deezer said that it was valued at $1.4bn in its latest investment, a deal with Mexican broadcaster TV Azteca. The company is continuing to try to get a user-centric payouts pilot off the ground – unsuccessfully so far – and recently invested in livestreaming startup Dreamstage. 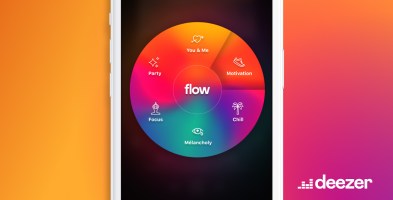 Flow Moods, pitched as an "emotional jukebox" that only plays mood-based music, is launching with six moods to choose from.
Read More

The Covid-19 pandemic isn't over yet, but bigger fish in the worlds of live and streaming music are already circling the most promising startups in the livestreaming space. We have seen Live Nation take a majority stake...
Read More 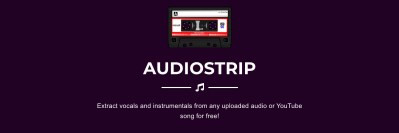 The service is using the code from Spleeter, an audio separation tool developed and released by Deezer in 2019, to do its work.
© Copyright Music Ally All rights reserved 2021 - Website designed and maintained by