Live, online events are now part of the fabric of the music industry, and that looks set to continue even when physical concerts return at scale.

At Music Ally’s Sandbox Summit Global online conference yesterday, several sessions explored how these events are being marketed, starting with a pair of presentations on premieres and listening parties. First up was Lee Martin, founder of startup Listening Party.

“I talk to my clients a lot about controlling their marketing and the messaging around valuable moments, because we know these moments don’t come around very often, so we like to have a strategy around them,” he said.

Album and single premieres are among those moments. Martin categorised the listening parties that can be held around them in three buckets. First: self-hosted, where an artist or label hosts their own music or uses a platform like YouTube to have fans play the music and chat about it. Second: distributed, which is where they use the APIs of a streaming service like Spotify to create a group listening experience. And third, the “punk-rock solution” epitomised by Tim Burgess’s Twitter listening parties. “He simply tells fans to press play at the same moment. What could be more punk than that?!” said Martin.

Many artists assume that the best time for a listening party is on release day for a new track or album, but Martin pointed to two other moments: before the release, as a way to drive pre-orders and pre-saves, and after – often long after – a release, for example driving traffic to deluxe remasters of albums or to celebrate an anniversary.

Listening Party the product is able to synchronise chat with audio from MP3s, Spotify, Apple Music or YouTube, with the artist highlighted when they drop in to the chat window. They can also include “links of value”, which Martin summarised as an ability to “control this experience and make sure people are going to places of value to you. Your online store, watch the new video, sign up to your mailing list, all that stuff.” 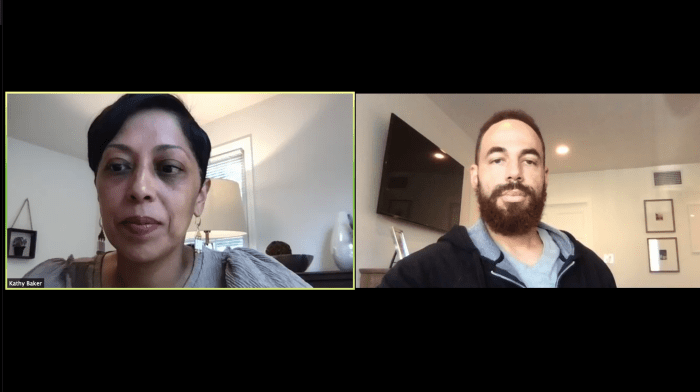 Martin was followed by Kathy Baker and Noah Rakoski, respectively head of US label relations and label relations manager at YouTube, to talk about best practices when using their platform’s premieres feature.

The pair explained that promotion is key: every time a video is going to be premiered on YouTube it has a pre-release landing page and URL, which artists can use to build buzz among fans. Artists are encouraged to upload their video “a few hours to several days before the release”, and then to be present in the live chat while fans watch it for the first time. Apparently user comments and chat messages increase by 11% when the artists get involved.

Baker talked about the need for fans to know “when, where and why a premiere is happening” before highlighting three of the newest features that can also be used. Live redirect enables artists to hold a livestream (for example a Q&A or interview) before their premiere, with fans then taken to the main video without having to click on links or leave the page. Meanwhile, they can also customise and create countdown themes that lead up to the premiere, and record trailers of between 15 seconds and three minutes to stoke hype around what’s to come.

They offered some case studies of artists who have found success with premieres. Lany premiered their music video ‘Malibu Nights’ and attracted 9.741 fans, after promoting the event the day before on their socials. The video was watched 457k times in its first 24 hours – “significantly better” than previous videos.

Another artist, Thalia, premiered a video ‘Lindo Pero Bruto’, generating more than 8k concurrent views at the event’s peak. The video went on to do 2.6m views in its first 24 hours. Denzel Curry was another case study: generating 1.46m first-24-hour views from a premiere that he had teased on YouTube and then promoted on his socials to maximise the audience.

Country artist Midland, meanwhile, premiered live performances for several songs on their ‘Live From The Palomino’ series, with each week bringing a new premiere for a lyric video from the album too. The band were active in the chat at these events, and generated 3.5m views. It has also contributed to a 72% growth in their channel views and an 84% growth in their subscribers since January 2019.

Finally, the highest-profile premiere yet might be the one for ‘WAP’, Cardi B and Megan Thee Stallion’s hit. This used the live redirect feature to take fans from a ‘red carpet’ livestream before the premiere straight to the video. The track did 37m Billboard chart-eligible views in its first week in the US, and 40% of its first-week streams were video. Meanwhile, the livestream generated 418k views at the time, growing to 2.6m views (as fans watched it on archive) in the first week. 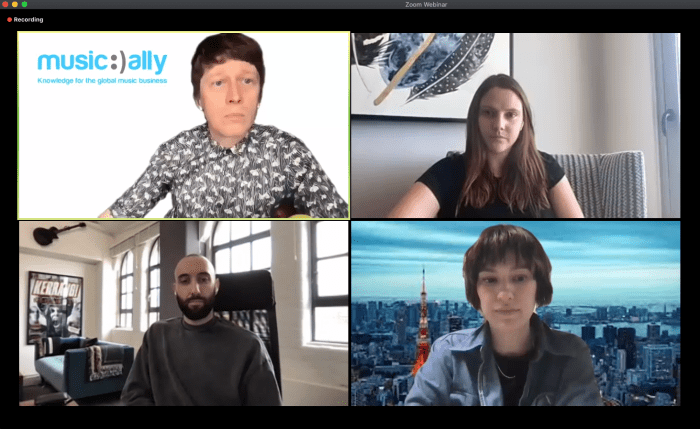 The panel talked about what they have learned so far about what fans want from livestreams. “There’s a couple of things that the best streams have in common. One of them is that it’s shot in a very intimate way, rather than being a static camera in the audience of a hall. It’s almost like something in between a music video and an unplugged studio session. Very intimate close-up camera action, or even backstage footage,” said Kocher.

“And then another area we see that’s very successful regardless of genre is content aside from the live performance. A lot of our Japanese artists who are pop groups, Idol groups… they’ll have after-parties where they’re basically watching what they just livestreamed and doing a talk show about what just happened for an hour or two after the livestream! And they’re selling access to that as another ticket.”

Rodriguez agreed that intimacy is very important. “What we kind of figured our very early on is that we just never wanted to try to replace a live show. You cannot replace that feeling of being in the venue,” she said. “For us it was always about,,, how do you make it obviously include a live performance, but not focused on ‘Here’s a live music venue. You can’t be in it: you’re just watching in your pyjamas from home’?”

Foster agreed on the replacement issue. “We’re not trying to replace live. We’re trying to promote a brand new format that takes elements of live performance, and repurposes it for our fans,” he said, having worked with a number of his company’s rock and metal roster to figure this out.

He added that there are some must-haves for these genres in particular. A livestream from Behemoth became a whole-day event shot in an abandoned church, with flamethrowers and other effects of the kind that fans would expect from a live show.

“For metal, it’s really about making sure the presentation is full-powering. Some artists did it successfully with stripped-down shows, but that was mostly outside metal. For us it’s all about the pyro and all about the CO2! [dry ice]. We have to make sure that’s catered to!”

Foster also talked about another key lesson: short, sharp marketing campaigns for livestreams: around two weeks rather than the usual 3-4 month lead-up to an album release. He also stressed the importance of communicating to fans what the format is, and what to expect. In cases where this message hadn’t been clear, ticket sales suffered.

There is good money to be made from doing livestreams well. Kocher talked about independent artists in Japan who are “selling $50,000 or $100,000 of tickets to a livestream every month or every two months” by coming up with new ideas for each one, while keeping consistent quality and length of performance. She also hailed artists who have experimented with HD audio, bundled merch or downloads, and ticketed after-parties.

She agreed with Foster on the shorter nature of marketing campaigns for these events. “People announce two or three weeks in advance. Half of the tickets are being sold on the day of the event because people don’t need to plan, and you don’t need a babysitter! And some of the most successful events now… are these kind of serialised thing where it’s happening every month or every two months, It’s consistent in terms of quality, but the offer is diverse in that there are multiple types of tickets, or add-ons around the stream.”

Rodriguez has worked on livestreams with Arlo Parks, and said that it has been important to understand what the goal of each event is. In this case, the emphasis was on creating a loyal fanbase and driving album pre-sales. In some cases, that included bundling access to a livestream in for fans who pre-bought the record.

The panel were asked about the future for livestreams once physical concerts and festivals return at scale. What will the hybrid concerts be like?

Kocher sees a future where fans can choose to attend a gig in person, or watch online. There might also be tickets to attend in person that also include the ability to watch the footage later on. She also sees considerable potential in fans who live elsewhere in the world buying online-only tickets.

“Even if they have to wake up at 3am! It’s a chance for this global participation in an event, because people can join from wherever they are. Maybe people want to see a rock band play their Japan tour in the [legendary venue] Budokan in Tokyo from around the world… That’s something that I think in the future is probably one of the most exciting things about this evolving format.”

Rodriguez agreed that accessibility is important, including for countries that artists realistically can’t tour at the moment. “If that’s the case how do we make sure we don’t make sure we don’t miss that very important window of hitting those markets?” she said. “We’re talking about doing a geo-locked streaming for Japan or Asia specifically with Arlo that we can offer at some point this year or later in the year, before we can go to Fuji Rocks next summer, just to have something in that market leading up to when we can finally tour there.”

Foster would like to see more festivals working on parallel livestreams: for example designating certain stages as livestream opportunities for artists. He was also enthusiastic about tuning in for gigs elsewhere in the world. “If Dream Theater were to play the Budokan and that was a pay-per-view event, I would definitely pay for that event as a fan of the band!”

Foster concluded by predicting that livestreams will also be used to promote upcoming records and tours, making them part of the music industry’s wider marketing armoury. “It’s brand new, and it needs to be really nurtured by the music industry moving forward now.” 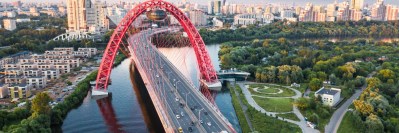 YouTube has paid out more than $4bn to the music industry in the last 12 months, according to its head of music Lyor Cohen. The new figure was the focus for a blog post published by Cohen this afternoon, in which he also...
© Copyright Music Ally All rights reserved 2021 - Website designed and maintained by