Indonesia has a population around 80% the size of the USA but a music industry that is smaller, in revenue terms, than that of New Zealand. However, it has plenty of potential for the global industry, as our latest country profile explains.

Certainly, Indonesia is well served for streaming:  the majority of music listening online takes place on YouTube, while Joox and Spotify vie for second place.

Also active in Indonesia are Apple Music – whose lack of free tier has apparently hampered take up – and Resso, the music streaming service created in 2020 by TikTok owner ByteDance.

Local music is also very popular in Indonesia, its strength reflected in the fact that many of the top Spotify playlists are local. “In some Asian markets the big global playlists tend to dominate. That’s not the case in Indonesia,” Chaz Jenkins, Chartmetric chief commercial officer, told us for the profile. “Discover Weekly in most countries is the biggest playlist on Spotify. It’s not the biggest in Indonesia.” Read the full country profile here.

Photo by Dikaseva on Unsplash 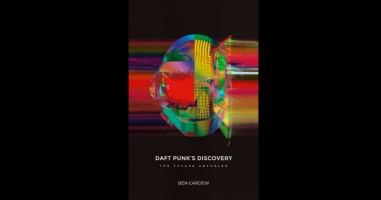 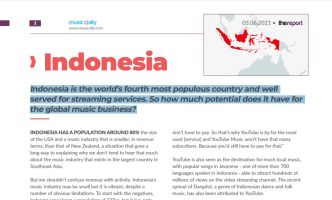 Indonesia is the world’s fourth most populous country and well served for streaming services. So how much potential does it have for the global music business?
Read More

British indie body Aim has published its first equity, diversity and inclusion audit, in what is planned to become an annual report. It’s a summary of what the organisation has been doing in the last year, benchmarked...
© Copyright Music Ally All rights reserved 2021 - Website designed and maintained by