Gaming audiences belong to the most engaged group of music fans – a recent report by MIDiA research and Twitch revealed that gamers engage with all forms of music activities – like music subscriptions or merchandise – at around double the rate of overall consumers. Startup AudioMob wants to help more artists reach these music fans in a way that is more appealing to the gamer too.

AudioMob was co-founded by Christian Facey (CEO) and Wilfrid Obeng (CTO) – and quickly raised $1.5m seed funding for their startup. Both have backgrounds at Google, and Facey also worked at Facebook measuring the value of ads, as well as at the Interactive Advertising Bureau advising audio companies on their advertising strategies. The team clearly has deep experience within tech, advertising and audio advertising – and Facey is also a musician and an avid gamer, working on his own mobile games.

This led him to ponder how music could better fit into the gaming experience. What Facey found was that the previous solutions for advertising in mobile games were too intrusive – typically a video ad interrupted the game, frustrating the player. Not an ideal scenario for the advertiser.

Facey and Obeng came up with the idea of audio ads that play while the game session continues. AudioMob’s tech detects “audibility states” – whether there is background music playing and how high the volume is, and before the platform serves an audio ad, it makes sure the volume is above 30% and pauses any background audio content. Crucially, it doesn’t pause the game itself, preserving the gaming experience.

According to the AudioMob team, this has been “warmly and positively received” by mobile gaming users. A recent study commissioned by the company and executed by YouGov found that 75% of mobile gamers prefer audio ads over video ads (the rest are indifferent.) 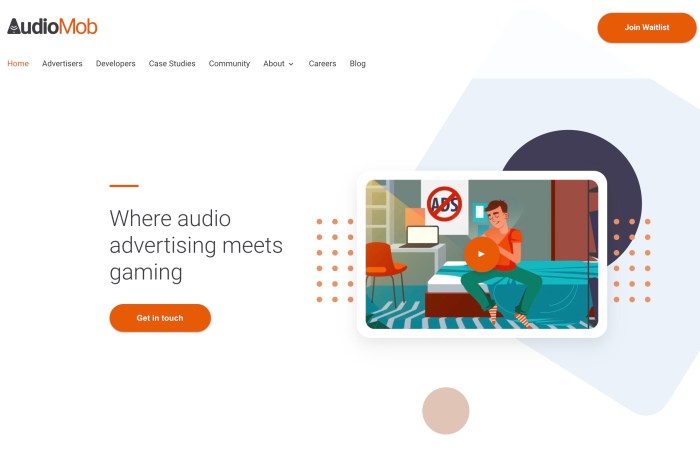 Interestingly, AudioMob’s solution addresses another common pain point for music marketers. While using the medium of audio ads to market music makes complete sense, the solution is often not ideal to drive click-throughs. The reason for that is two-fold: The vast majority of times a user is exposed to an audio ad is, naturally enough, on audio platforms – while they’re listening to music or podcasts, for instance.

However, this means that eyes are not on a screen, making it harder to get people to click somewhere: and audio ads don’t tend to be delivered with a clickable banner anyway. An AudioMob ad can have audio up to 30 seconds long, with an accompanying banner size of 320×50.

The AudioMob team claims that serving an audio and visual unit together – their “audio-enhanced banners” – has never been done before. Thus, while the audio part creates a connection and awareness for the song, the accompanying banner can drive users to DSPs, websites, merch etc.

Luke Taplin-McCallum, Account Strategist at AudioMob, says the feedback they’ve received shows that “the traffic generated from our ads vs. Instagram Swipe Ups is much more engaged and much more likely to convert into a follower or a fan.”

The AudioMob team suggests that mobile gaming has a much lower barrier to entry compared to other forms of gaming, as users can pick up their phone everywhere to start playing, similar to how they would access Instagram or TikTok. The mobile gaming space encompasses a large variety of apps, reaching 2.5bn global gamers. Taplin-McCallum says that “an average phone has 8 of these apps. When a user plays a game, this usually means between 1-25 minutes of downtime, a prime space to speak to someone about music.”

This exemplifies another key advantage of AudioMob’s offering: a mobile gaming audience is one that actively pays attention to their screen and actively consumes your content. Compare this to something like Spotify’s audio ads, where many users are likely listening to music in the background – and are not necessarily as receptive to what’s being advertised to them. And on social media, scrolling past ads or clicking away is well-known user behaviour.

The team says it works at a variety of budgets: they have worked with smaller budgets of a few hundred dollars as well as much larger ones. They generally recommend running campaigns for one to two weeks, and suggest one week minimum. 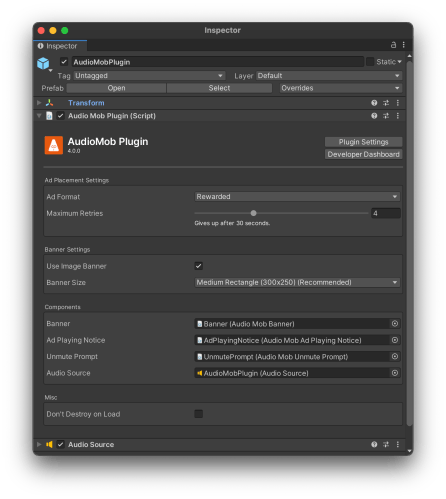 The assumption that gaming audiences skew towards male and favours certain genres over others is quite an outdated view. The versatility of mobile games attracts a diverse user base: 58% of mobile gamers are female, 74% are 18-24 years old, and 57% of parents are players.

The team’s recommendations around optimising audio ads for the mobile gaming space place the utmost importance on the creative.

They cite an example by KSI, where he directly addresses the audience with the words, “Yo I see you! I see you playing your game!” This kind of knowing nod, AudiMob says, makes the creative relevant to the gaming environment and can create an instant connection between user and artist.

AudioMob was only founded in early 2020, but the company can already deliver impressions across the US, Canada, Brazil, Europe, South Africa, Saudi Arabia, Russia, India, Australia and Japan. Ads can be targeted by country, region, city, postal code, age and gender, device and more. Users of ad platforms like Facebook or Google will be familiar with its interest targeting: you can currently choose from around ten different genre types.

Taplin-McCallum says that Audiomob’s tech optimises towards engagement: they find the most engaged apps and audiences and optimise for delivery. The idea is that the platform does the thinking and optimisation without marketers needing to do all the legwork. A case study of a campaign run for Joel Corry’s single “Head & Heart” suggested that campaigns can also provide additional insights about where potential audiences lie, by looking into which games delivered the best results.

Though AudioMob is still in Beta, it is already working with all majors and some independents – with campaigns for Justin Bieber, Joel Corry, Tate McRae and others – and it will eventually be available for all types of artists and music companies. Once AudioMob launches its self-serve platform, it will work in a similar way to Facebook’s ad platform, allowing teams to be fully flexible with their budgets. If you’re interested in running a campaign with AudioMob, you can join the waitlist here: https://audiomob.io/join 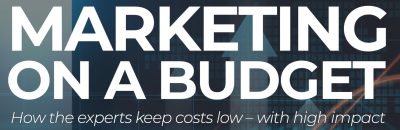 The June 2022 Sandbox Guide is a budget marketing special – we spoke to the experts and found out the new tools, tactics, and strategies they’re using to squeeze costs, whilst enabling high-impact campaigns. In the Guide,...
Read More 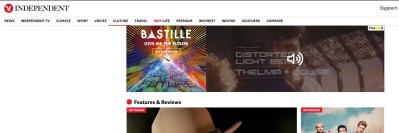 The technology gets people to download a Chrome browser extension and choose their favourite music genres and artists.