Major labels have been taking a shellacking in recent times over artists, contracts and streaming royalties. However, Sony Music’s recent announcement of its ‘Legacy Unrecouped Balance Program’ was welcomed even by some of the majors’ fiercest critics. One of the questions asked at the time was whether it might be extended to songwriters signed to Sony’s publishing business too. Now it has.

Sony Music Publishing is launching a ‘Songwriters Forward’ initiative to sit alongside Sony Music’s ‘Artists Forward’ program – which the unrecouped balance scheme is part of. As with artists, this is not about wiping unrecouped balances, but rather about paying royalties despite them.

“We will no longer apply existing unrecouped balances to earnings for eligible songwriters signed prior to the year 2000 who have not received advances since, and this applies retroactively to January 1, 2021,” wrote Sony Music Publishing boss Jon Platt in a letter to songwriters. Details of who, exactly, qualifies for the initiative will follow.

By expanding the program to songwriters, Sony Music may be heaping a little bit more pressure on its major rivals to, if not follow suit exactly, talk about whether they have any plans to deal with unrecouped balances of legacy artists and songwriters.

The report published last week by the UK’s music streaming economics inquiry asked Universal Music and Warner Music to “look again at the issue of unrecouped balances”, although there was an implicit recognition that this was entirely a decision for them, rather than something that could be forced from outside.

Could action on unrecouped balances strengthen the majors’ ability to push back on another of the inquiry’s recommendations – a ‘right to recapture’ for artists 20 years after their works have been first released? Although Sony Music’s initiative is not a UK-only thing, so it would be wrong to characterise it purely as a response to the inquiry. 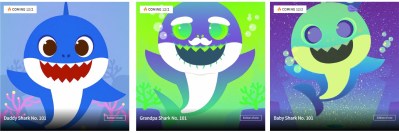 It's a set of 'fee and master point guidelines for songwriters based on case studies and opinions from members DPA, The Ivors Academy and VERSO.
Read More

Chinese tech giant NetEase is going ahead with the spin-off IPO of Cloud Village, the company that runs music streaming service NetEase Cloud Music. It will be selling 16m new shares for up to HK$220 ($28.23) to raise up...
© Copyright Music Ally All rights reserved 2021 - Website designed and maintained by