YouTube viewers already have three ways to support their favourite creators by paying: Super Chat, Super Stickers, and channel subscriptions. Now there’s a fourth, Super Thanks, and unlike the first two above, it isn’t restricted to being used during livestreams.

This feature has actually been in testing since February this year, initially under the name of ‘applause’. Now rebranded as Super Thanks, it’s a way for fans to “express their gratitude and show support” for individual videos.

“They will see an animated GIF and, as an added bonus, get a distinct, colourful comment to highlight their purchase, which creators can respond to,” announced YouTube.

Super Thanks can be bought at four price points, ranging from $2 to $50 (including in local currencies in 68 countries) and will work on desktop and mobile YouTube. For now it’s in beta, but is opening up to “thousands” more channels this week. 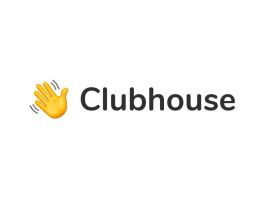 A year after its launch as “a rough prototype” live audio startup Clubhouse is throwing open its doors and coming out of beta. That means the app’s waiting list system has been removed, and people can join...
Read More

Hashtag challenges and dance contests have become such an important part of TikTok that rival apps (and bigger digital services getting into short-video) couldn’t help but adopt them too. YouTube Shorts is no different,...
© Copyright Music Ally All rights reserved 2021 - Website designed and maintained by