Dylan Fraser gets a nightmarish website for his latest EP

Who wants to spend time immersed in a nightmare? Fans of artist Dylan Fraser might. To celebrate his latest track ‘Nightmare’ he has launched a website that invites fans to poke around a claustrophobic series of rooms in 360 degrees.

It’s basically a slick way of guiding fans to Fraser’s music, videos and a partnership with the Edinburgh School of Art that saw students responding to the track. Thankfully, despite the way it looks, there are no monsters or serial killers jumping out of the shadows while you browse. 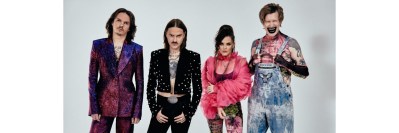