We’ve seen in the UK how effective a grassroots artist campaign can be with #BrokenRecord, and now another to keep an eye on is the #FrozenMechanicals campaign, which appears to be slowly picking up steam. It’s a little complex, but it relates to the mechanical royalty rate in the US, where every time a disc or download is sold, a 9.1¢ royalty is paid to songwriters and/or their rightsholders.

In the USA the Copyright Royalty Board (CRB) determine the rates and terms for statutory licenses around copyrights. The board comprises three administrative judges, appointed by the Librarian of Congress, (not, sadly, someone who chases Joe Biden for overdue book charges) who oversees meaningful decisions around copyrighted materials and their fair use.

Mechanical rates are set by the CRB in discussion with songwriter representatives and rightsholders, including labels, and that rate has remained static since 2006 when it was set at 9.1¢ per copy. Recently, the National Music Publishers Association and Nashville Songwriters Association International, organisations that represent songwriters in the US, announced that they had agreed with the major labels to keep the current mechanical rate as it is: at 9.1¢.

Some songwriters were unhappy upon hearing this. Previously that rate had slowly increased year-on-year: from 5.25¢ in 1988, to 9.1¢ in 2006, at which point it was frozen: hence the name of their campaign. The call to reject the maintaining of the current rate has been led by a series of representative groups including the Songwriters Guild Of America, who are calling for an un-freezing and gradual increase in the rate.

Yesterday songwriters and artists rights campaigners Helienne Lindvall, David Lowery and Blake Morgan submitted their comments to the CRB, protesting the 9.1¢ rate and complaining that the proceedings are happening without many songwriters even knowing about it.

Indeed, not too many column inches have been spilled about this ongoing campaign yet. If you’re interested in learning more, CMU wrote this comprehensive overview – plus these scene-setting pieces by The Trichordist, Artist Rights Watch, and Music Tech Policy are worth reading too.

Artist-led campaigns are having a moment: in the UK, it only took about 12 months for grumbles of discontent to turn into a full-blown parliamentary inquiry which subsequently called for a “complete reset” of the market, and heaped pressure on major labels. The #FrozenMechanicals campaign is surely hoping for a similar impact.

The UK has emerged as a bellwether country for the debate around the music streaming economy and artists' earnings.
Read More 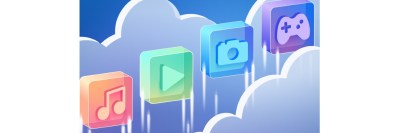 Here's an interesting intervention in the long-running debate about how liable internet platforms should be for copyrighted content uploaded by their users.
© Copyright Music Ally All rights reserved 2021 - Website designed and maintained by