We’ve been writing about the hefty funding rounds for Indian social media company ShareChat, which owns the Moj short-video app. It’s not the only Indian company in that space though, and one of its rivals has just followed suit.

VerSe Innovation owns Josh, which has more than 115 million monthly active users according to TechCrunch. Like Moj, it emerged to fill the gap when TikTok was banned in India last year. Now the parent company has raised a $450m funding round, with investors including Siguler Guff, Baillie Gifford and Carlyle Asia Partners.

The funding is thought to value VerSe Innovation at nearly $3bn. The company isn’t just about short-video though: it also has a popular news app called Dailyhunt, which has more than 300 million monthly active users. 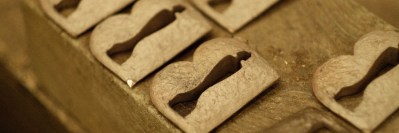 Fans will be deciding who wins the new genre categories at this year's Brit Awards, through a vote hosted within TikTok.
© Copyright Music Ally All rights reserved 2022 - Website designed and maintained by