OnlyFans to ban explicit content as it seeks new investment

We’ve been reporting on the efforts of subscription platform OnlyFans to diversify beyond its original growth market of adult entertainment stars. Now the company is taking a big (and very controversial for those creators) new step in that strategy by banning “any content containing sexually-explicit conduct” from its service.

There is nuance here. “Creators will continue to be allowed to post content containing nudity as long as it is consistent with our Acceptable Use Policy,” announced OnlyFans in a statement, which you can read in full here. “These changes are to comply with the requests of our banking partners and payout providers.”

As Engadget noted, the changes bring OnlyFans more into line with Patreon, which has a similar policy where nudity is acceptable, but “pornographic material or sexual services” are not. That’s a useful comparison through which to view this move though: OnlyFans wants to appeal to as wide-ranging a group of creators as Patreon and similar platforms – and as we’ve reported in the past, that includes musicians.

There is some more context for the changes however. Before they were announced yesterday, Axios claimed that OnlyFans was “struggling to find outside investors” for its next funding round, suggesting that one reason was that some VC funds are not allowed to invest in adult content, and others were worried that this element of OnlyFans would hamper its growth prospects.

Meanwhile, BBC News published an investigation yesterday into how OnlyFans moderates illegal content on its platform, with the company’s announcement coming after its journalists approached the company for its response to what they had found. The investigation painted a picture of a company struggling to keep on top of this challenge.

From a music perspective, all this will certainly put a lot of artists off using OnlyFans, but others won’t be bothered, attracted by a platform where more than 300 creators are already earning more than $1m a year (according to a pitch deck leaked to Axios) with more than seven million fans paying every month.

Investor wariness is a big problem for the company, though, if it wants to become a truly mainstream platform. Meanwhile, investigations like the BBC’s will spark even more interest from law enforcement and regulators, which in turn could fuel more caution from creators and investors. Cracking down on explicit content is a bold and probably necessary move for OnlyFans at this point, but a very risky one too. 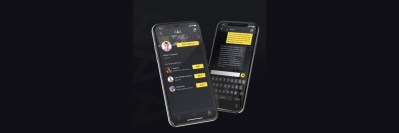 Fury is backing a new app called My AAA, which is one of the companies springing up to offer a 'creator subscriptions but not XXX-rated' alternative to OnlyFans.
Read More

“We have secured assurances necessary to support our diverse creator community and have suspended the planned October 1 policy change,” the company has announced.
Read More 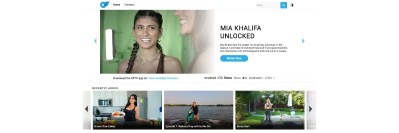