US satellite-radio firm SiriusXM has launched its TikTok Radio station, which is an official partnership with ByteDance’s social app.

Not that it’s a surprise: plans for the station were announced in May, with the promise that the channel would feature “a diverse group of TikTok creators showcasing trending music and stories behind the songs throughout each day, as well as a weekly music countdown dedicated to TikTok’s top trending tracks”.

The weekly chart will be called the TikTok Radio Trending Ten, and will be announced every Friday. Meanwhile, there will also be a show aired live both on SiriusXM and TikTok once a week, using the latter’s livestreaming feature.

Douyin has announced plans to break that rhythm deliberately, to keep on the right side of an increasingly stern-on-digital-bingeing government.
Read More 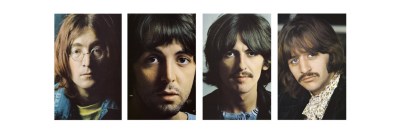 As with other heritage artist launches on the app, it brings music with it: 36 Beatles tracks added to TikTok's catalogue for people to use in their videos.
© Copyright Music Ally All rights reserved 2021 - Website designed and maintained by