When will Kanye West’s new album ‘Donda’ come out? Good question: it remains imminent. However, today we learned that when it DOES come out, it will ship alongside some hardware.

Go to West’s official website and you’ll see the ‘Donda Stem Player’, a $200 / £200 device that will be released alongside the album – initially in the US and UK.

What does it do? “Customise any song,” is the pitch. The circular device will be able to split any song into stems, isolate the parts, add effects, and control the vocals, drums, bass and samples.

Judging by the FAQ on the website, owners will load music onto their device using the Stemplayer.com website. It’s not entirely clear whether it will ship with stems for ‘Donda’ itself, although that seems to be the implication.

The image of the Donda Stem Player includes the line ‘Yeezy Tech x Kano’. Kano is the British company that made its name with buildable computer kits for children.

There is already a link here. Kano’s CEO, Alex Klein, wrote some lyrics for the track ‘Water’ on West’s ‘Jesus Is King’ album. Klein tweeted a link to West’s site today as the player was launched:

Count us fascinated. We’ll be keen to see what people make of (and, indeed, with) the Donda Stem Player, as it gets into their hands in the coming… well, days or weeks, depending on the album’s release date.

There is also some backstory to this too. West was reportedly working with another tech firm, Teenage Engineering, on a ‘Yeezy Stem Player’ earlier this year.

Here are the features of the device, as listed on West’s website: 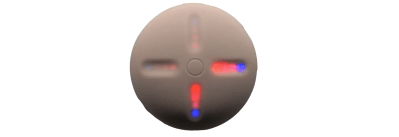 How are fans responding to Kanye West's plans to only release his new album 'Donda 2' on his own Stem Player device? Well, a fair few of them are buying one.
Read More

“Donda 2 will only be available on my own platform, the Stem Player. Not on Apple Amazon Spotify or YouTube,” announced West in an Instagram post.
Read More

Kanye West famously continued tinkering with his 'The Life of Pablo' album even after it was released, altering tracks then replacing the older versions on digital services.