Shodement secures £10m to pay advances to artists in the UK

Shodement has been working with independent artists since 2012 in the UK, and last year launched an app promising AI-driven A&R features to help artists to grow their audiences. Now the company has announced that it has secured a £10m advance facility (around $13.7m) from its finance partners, which will be used to pay artists advances on income streams including streaming royalties, live shows and festival appearances.

The new advances will be made available through Shodement’s app, initially for artists in the UK before rolling out globally later this year. “We’ve had the pleasure to meet with the biggest banks in France and held important discussions with other seniors in the sector across Europe over the course of 2020 to finalise the advance service. Other sectors are more advanced, and we’re still behind in many areas. We hope our new service will allow new superstars to break through,” said CEO Jay Lamusica.

US firm Sound Royalties is also one of the partners.

“Don’t sell music royalties or your copyrights” is the slogan of Sound Royalties. How about selling your company though? Having built a business from offering royalty advances to artists, songwriters and producers...
Read More 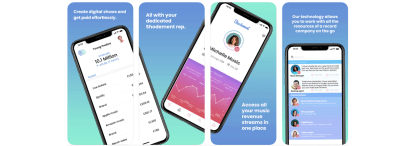 Fugees and solo star Wyclef Jean has founded a music publisher and distributor that will focus initially on working with songwriters and artists in Africa. It’s called Carnival World Music Group, and now it has some financial...
© Copyright Music Ally All rights reserved 2021 - Website designed and maintained by