Yes, you read that right: we haven’t missed out a decimal point from a modest 2.7% growth in US recorded music revenues. The year-on-year growth is 27% according to industry body the RIAA, which published its mid-year 2021 figures today.

No surprise what drove this growth: streaming. It now accounts for 84% of recorded music revenues in the US, with streaming growing 26% to $5.9bn (retail, from now on) in the first half of this year.

Within that, paid subscriptions grew by 26% to $4.6bn, and now account for 64.8% of the US recorded music market. A separate category of ‘limited tier’ paid subscriptions – usually cheaper with some limitations on features – grew by 33.4% to $451.5m.

Neither of those sub-categories is the fastest growing sector of streaming for US labels, however. On-demand, ad-supported streaming services generated $741.3m in the first half of this year, up by 54.3% year-on-year.

(Don’t think this puts the ‘value gap’ arguments to bed. “Even though these services account for hundreds of billions of streams to more than 100 million listeners in the United States, the category only accounted for 11% of total revenues,” was the RIAA’s slightly waspish additional note here.)

The RIAA also says that the US averaged 82m paid subscriptions for on-demand music streaming services in the first half of 2021, up from 73 million a year ago. These figures do not include the limited-tier services, and they are a measure of subscriptions not subscribers – family plans count as a single subscription.

Streaming may be 84% of the recorded music market in the US, but there’s also a good-news story in physical sales, with both vinyl AND CD sales up considerably year-on-year – 43.9% and 94% respectively.

However, vinyl sales were $467.4m in the first half of this year, well over double the $205.3m for CDs. Crucially, in the non-Covid-afflicted first half of 2019, vinyl sales in the US were $232.1m, so for this format there absolutely is sharp organic growth.

Americans listened to more than 840bn on-demand streams in the first half of 2021. “A record for any six month period in history and one with substantial room for continued both on audio streaming and on audiovisual platforms like TikTok and Twitch,” according to RIAA boss Mitch Glazier in his Medium blog post about the mid-years.

He continued that theme of looking beyond the traditional streaming services. “Emerging platforms like short form video, fitness apps, and a host of chat and social apps are also getting licensed and starting to deliver meaningful revenues,” wrote Glazier. “Record labels are moving urgently to make sure these growing services pay for the music they depend on — future proofing artist incomes as technologies shift.”

27% year-on-year growth would have been unthinkable at the height of the recorded music industry’s decline not so many years ago. Yet, as with other stonking label figures of recent years, the latest RIAA stats will also fuel the ongoing discussion of how streaming is benefiting artists and songwriters, and how the model might evolve to ensure they get a fair share. 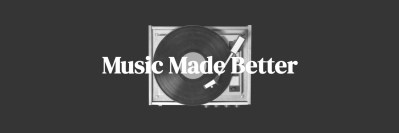 The resurgence of vinyl sales has been an exciting trend for the music industry, but it's come with some concerns around the environmental impact of vinyl production.