We first wrote about text-marketing startup Community in early 2019, when it emerged as a rival to SuperPhone as a way for artists and celebrities to create SMS-focused communities of fans.

Stars including Eminem have used it since then, and the company raised a $40m funding round in April this year to continue its growth. Now Community has its first wide-ranging deal with a major label: Warner Music Group.

Announced yesterday, the partnership will see WMG setting up its artists with their own Community numbers (which fans can text and receive texts in return from) as a marketing channel that is – and this is quite a spicy sentence for a major label press release – “free of social algorithm interference, spam, and ads”.

The announcement also highlighted Community’s claimed average open rate of 95% within the first three months of fans receiving a text, and a 59% average click-through rate.

The Music Fund is one of a cluster of startups promising to pay artists advances based on predicted streaming royalties, while leaving them full ownership of their rights.
Read More 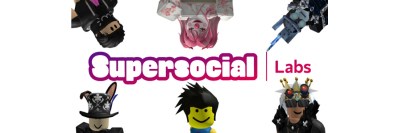 One of the things we've been banging on about in our coverage of games platform Roblox is its open nature, and its community of developers.
© Copyright Music Ally All rights reserved 2021 - Website designed and maintained by