Spotify could have more than 100 million listeners in the US by 2025, if research firm eMarketer’s latest predictions are on the mark. The company has published its latest estimates for the US digital audio market, as well as predictions for the next four years of growth.

As for paying subscribers, eMarketer predicts that Spotify will be the leader here too, growing from 44.7 million this year to 52.2 million in 2025. However, it sees YouTube Premium (including YouTube Music) coming up fast, growing from 29.5 million US subscribers in 2021 to 46.6 million by 2025, overtaking Apple Music (which it sees growing from 36.9 million to 40.6 million in that time) in 2023.

(And Amazon? “We don’t have visibility into how many people pay for Amazon’s music service independent of Prime access, but we expect Amazon to also be a major player in this space,” was how eMarketer explained its omission from this particular chart.)

As ever with predictions, this may be informed guesswork, but it’s guesswork nonetheless: there is plenty of scope for any of these companies to come up with new features, content and marketing to change the dynamics in the next four years.

Perhaps what we should talk about is this, though: eMarketer predicts that collectively, Spotify, Apple Music and YouTube’s subscribers will grow from 111.1 million US subscribers in 2021 to 139.4 million in 2025. That’s barely 7.1 million net new subscribers per year, in the world’s largest recorded music market.

Again, we’ll stress: guesswork. But it’s a useful reminder of the motivation for labels to explore new, high-potential markets like China, India and Africa, as well as the many potential partnerships in areas like gaming, fitness and social, to counteract any slowing growth for the biggest streaming services. 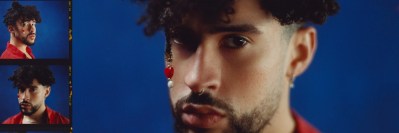 Latin music is having its latest big moment in the US, and while Bad Bunny's new album is playing a prominent role in that, it's not the only factor.
Read More

Artists can already promote merch and tickets on their Spotify profiles. Now the streaming service is testing a feature that will let them also promote their NFTs.