Earlier this week, we reported on speculation that Kobalt was in the late stages of negotiations to sell its Kobalt Music Royalty Fund II catalogue for around $1bn. Investment firm KKR was highlighted as the most likely buyer – or at least part of a group likely to buy the catalogue. Now there is more information on that potential deal.

The Financial Times reported that KKR will lead a consortium to buy the catalogue for around $1.1bn, with the family office of former Goldman Sachs partner Stephen Hendel also involved.

“Negotiations were advanced and a deal could be announced as soon as this week,” claimed the FT, adding that bids had also been made for the catalogue by a group led by Apollo Global Management (the company that has just ponied up $1bn for HarbourView Equity Partners to spend on music and media rights), and by Eldridge Industries.

Meanwhile, another piece of speculation from earlier this month has come true: investment firm Blackstone and Hipgnosis Song Management have confirmed their own billion-dollar partnership for acquiring rights and managing music catalogues.

Kobalt ‘doubling down on publishing and AMRA’ after KKR sale

Kobalt has confirmed that it is selling its Fund II Music Rights publishing catalogue to investment firms KKR and Dundee Partners for $1.1bn.
Read More 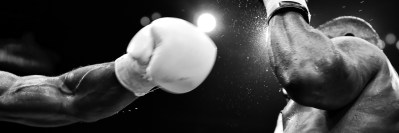 NMPA and streaming services prepare for battle over CRB rates

This week, streaming services and US body the NMPA have filed their proposals for how the Copyright Royalty Board (CRB) should set publishing rates for on-demand audio streams in the US from 2023 to 2027.
Read More

Lyric Capital Group is the owner of independent publisher Spirit Music Group, having led a buyout of the company in 2019.
© Copyright Music Ally All rights reserved 2021 - Website designed and maintained by