Spotify has published its financial results for the third quarter of 2021, revealing that it ended September with 381 million listeners and 172 million subscribers.

That’s up 19% year-on-year in both cases, and means that in Q3 this year Spotify added 16 million listeners and seven million subscribers.

That means ads now account for 12.9% of Spotify’s overall turnover, reflecting the company’s investment in that part of its business. As its head of advertising Lee Brown put it earlier this week: “Gone are the days of advertising being less than 10% of our overall revenue.”

Spotify also recorded an operating profit of €75m in Q3 this year, compared to an operating loss of €40m a year ago. That translated to a net profit of €2m for the latest quarter.

In its financials announcement, Spotify hailed “particular strength in Rest of World where performance was aided by the resumption of marketing activity in India along with above-plan growth in the Philippines and Indonesia”.

South Korea, Bangladesh and Pakistan are also outperforming the company’s expectations, as it seeks growth beyond its most mature markets.

However, this is not yet changing the geographic split of Spotify’s audience much. Europe accounts for 34% of its listeners; North America for 24%; Latin America for 22% and the rest of the world for 21%.

Spotify offered some stats on its podcasting business, including that its catalogue has grown from 2.9m episodes at the end of June to 3.2m by the end of September.

How many people are listening to those podcasts? Spotify has stopped revealing what percentage of its overall user base are listening to podcasts, saying merely that this “continued to increase throughout the quarter, marking an acceleration relative to Q2 trends”. The last public stat Spotify gave on this was 25% in Q4 2020.

The company added that during Q3 “podcast share of overall consumption hours on our platform also reached an all-time high”.

Spotify also published its latest guidance for 2021 as a whole, predicting that it will end the year with 400m-407m monthly active users and 177m-181m premium subscribers – the same as it forecast three months ago – and revenue of €2.54bn-€2.68bn, which is slightly higher at the lower end of that range. 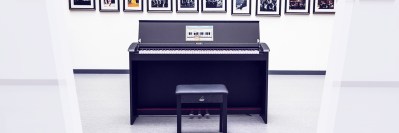 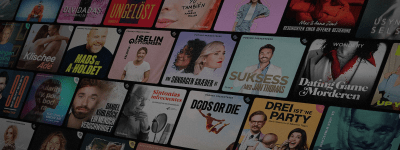 Podimo is the subscription podcasts service co-founded by former Spotify exec Eva Lægdsgaard in May 2020. It has raised two funding rounds of €15m and €11.2m, but now it's going back to investors for an even bigger...
© Copyright Music Ally All rights reserved 2021 - Website designed and maintained by