Here’s how it all happened.

AudioMob bridges the gap between audio and mobile gaming opportunities through in-game audio ads. In a recent study conducted by the ad tech company, 75% of consumers prefer to have audio ads within their gaming experiences as opposed to video and banner ads that block gameplay.

Interrupting mobile ads frustrate players by taking over the device screen and blocking their gameplay. The interruption causes negative associations with brands and games which ultimately reduces user retention within a mobile title, which is why audio ads work so well.

Using AudioMob’s innovative tech, Nas himself addressed players directly in an audio ad as a sample of the record played in the background. WIth that connection built between himself and players, users were then pointed to a banner that led them directly to the full LP featuring guest appearances from Eminem to Ms. Lauryn Hill.

Nas enjoyed the experience, saying, “It was interesting to witness the music react in a different landscape – it’s a dope medium for artists to connect with the globe.”

Gamers in countries including the UK, United States, Australia, Canada, Germany and Brazil all heard the ad on various free-to-play mobile games. The audio ads click-through-rate leapt 1275% relative to the typical rate offered by traditional in-game banners. Gaming offers a connection with more than 2.5 billion engaged users and there are few alternatives for reaching these unprecedented levels.

Mass Appeal’s Director of Marketing Celeste Li said: “The AudioMob team seamlessly guided us into the mobile gaming ad landscape. The platform has an expansive reach and is an exciting opportunity to connect with even more fans. This is a helpful tool to add to your marketing toolkit.”

Nas is the latest Hip Hop superstar to utilise AudioMob – alongside pioneers Sugar Hill Gang, and “First Day Out” rapper Tee Grizzley – who also reached high engagement levels of above 2000%. 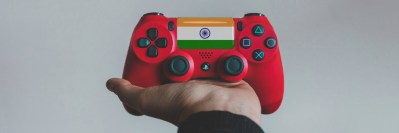 Big Bang Music is writing a series of guest columns for Music Ally’s readers to help you understand the latest trends in India. In this latest piece, Kartik Sundar explains how the recent success of non-film music and gaming...
Read More 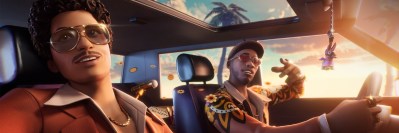 Fortnite gets a new in-game radio station from Silk Sonic