Spain recorded music revenues grew 22% in first half of 2021

New figures published by Spanish industry body Promusicae show a strong bounce back for the country’s recorded music market, after Covid-19 reined in its growth in 2020.

A separate Promusicae study outlines some of the dynamics at work in the Spanish market. The number of paid subscribers is “less developed than in other neighbouring countries”, with the popularity of ad-supported free streaming meaning that Spain generates “significantly less income per capita” for recorded music than other European countries.

However, the report notes a strong demand for music – an average of 20 hours a week of listening compared to the global average of 18.4 hours. 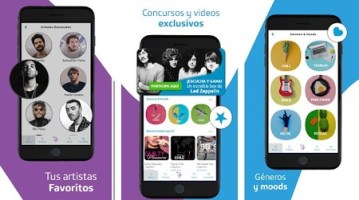 We’ve regularly written about research firm MRC Data’s reports on the US music market, but the company casts its net globally too. It has just released ‘360’ reports on Spain and France, exploring...
Read More

Aware that some countries that have Covid-19 under control already have concerts and festivals up and running, we’re trying not to generalise about live music. However, for those countries still awaiting a musical reopening,...
© Copyright Music Ally All rights reserved 2021 - Website designed and maintained by