Justin Bieber set to hold a virtual concert with Wave

Startup Wave started life as a virtual reality app for concerts and DJ sets, but has moved away from that to become more of a production tool (still with whizzy virtual effects) for livestreams that can be broadcast on YouTube, Twitch, TikTok and other services.

More than two million people watched its concert with The Weeknd in August 2020, and now it has confirmed the next star who it’s working with: Justin Bieber.

His ‘interactive virtual experience’ will stream on 18 November with the promise that Bieber will appear as an avatar “merging gaming, real time motion-capture, and live musical performance”.

The free concert will be aired (and then rebroadcast) on Wave’s own site, as well as on YouTube. The concert is a curtain-raiser for his upcoming physical tour: an interesting sign of the role set-piece livestreams could play in promoting traditional touring. 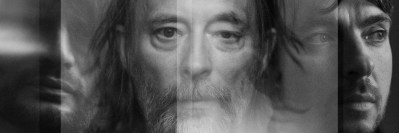 One of several ways the K-Pop industry has broken new ground is in superfan communities, with Hybe's Weverse to the fore.
Read More

TikTok is testing a desktop application for livestreaming

Livestreaming is a growing strategic priority for TikTok, and it has been keen to work with musicians as well as regular TikTokers.
© Copyright Music Ally All rights reserved 2022 - Website designed and maintained by