We don’t know if Universal Music boss Sir Lucian Grainge maintains a Christmas cards list, but if he does, Musicians’ Union general secretary Horace Trubridge surely won’t be on it this year.

“To the best of my knowledge Sir Lucien has never played or written as much as a note of music. No one buys his records or queues for his gigs yet he enjoys rewards and riches beyond the wildest dreams of even our most popular artists and writers,” said Trubridge in a statement this morning. “There is no other industry anywhere in the world that would tolerate this gross unfairness and it has to stop now.”

What is this about? Well, the Musicians’ Union and songwriters body The Ivors Academy are picking up on reports that Grainge could earn £152.7m this year thanks in large part to a post-IPO bonus, and they are contrasting that with a recent report by the UK’s Intellectual Property Office suggesting that British songwriters earned £150m from streams and sales in 2020.

The timing is no accident: the two bodies’ criticism of Grainge’s income comes ahead of a music streaming-focused private members bill to be presented to the UK’s House of Commons on 3 December, and is aiming to sway MPs towards supporting it.

Universal Music Group has expanded its agreement with Amazon to include Twitch. The deal is partly an extension of the two companies' existing agreement.
Read More 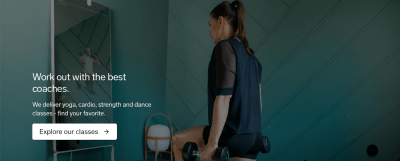 All three major labels (and indies too) are increasingly keen to license fitness-tech startups, in the search for the next Peloton.
Read More

UK competition regulator the CMA has this morning officially launched its music streaming market study. What's new is the 'statement of scope'.
© Copyright Music Ally All rights reserved 2022 - Website designed and maintained by