We wrote about startup Jellynote back in 2017 when it was a music education app teaching people to play guitar, piano and other instruments. This week it has unveiled its new project, a web app called Play which it is pitching as “the musician’s karaoke”. It’s pitching that on crowdfunding site Kickstarter, where the Paris-based startup is trying to raise at least €22k to get Play up and running.

“Think of Play as a recording and production studio, with a large library of pre-arranged songs to choose from,” it explains. “Pick your song, record your part then match with other musicians from around the world. Create a Play together: a split-screen music video with the full song.”

Jellynote is also targeting non-musicians with Play through “special arrangements with cups, rubber bands, hand-claps, voice and so on”. ‘Shape of You’, ‘Bad Romance’ and ‘Dance Monkey’ are among the songs shown in the Kickstarter pitch, with 50 songs planned to be available at launch, and more if the project hits its stretch goals. 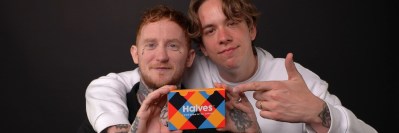 Artist Frank Carter has launched a new Kickstarter project, but it's not for his music.
Read More 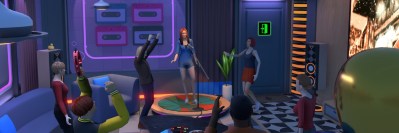 XRSpace is launching a karaoke music metaverse in China

Much of the excitement around music in the metaverse has focused on live performances by big stars. But what about live singing by everyone else?