Another UK organisation launching a new fund is the Featured Artists Coalition (FAC), which has secured Amazon Music’s backing for its ‘Step Up Fund’.

It will provide financial support and other benefits for up to 10 emerging artists, with musicians who have released at least three tracks in the last year; with a minimum of 10k streams per song on a ‘mainstream streaming service’ who are not signed to a major or independent label invited to apply.

“Step Up is a natural expansion of our role, as we look to provide further assistance to artists at a critical point in their journey,” said CEO David Martin.

It’s the latest example of a DSP putting its money behind this kind of scheme in the UK: see also YouTube Music’s Amplify London partnership with the London Music Fund and Sound Connections in 2020 and (for managers rather than artists) its accelerator program with the MMF.

Universal Music Group has expanded its agreement with Amazon to include Twitch. The deal is partly an extension of the two companies' existing agreement.
Read More 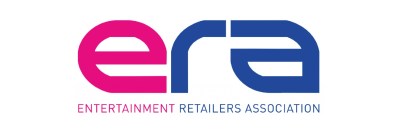 Music consumption grew by 2.5% in the UK last year, but actual spending grew by more, according to figures published by the ERA.
© Copyright Music Ally All rights reserved 2022 - Website designed and maintained by