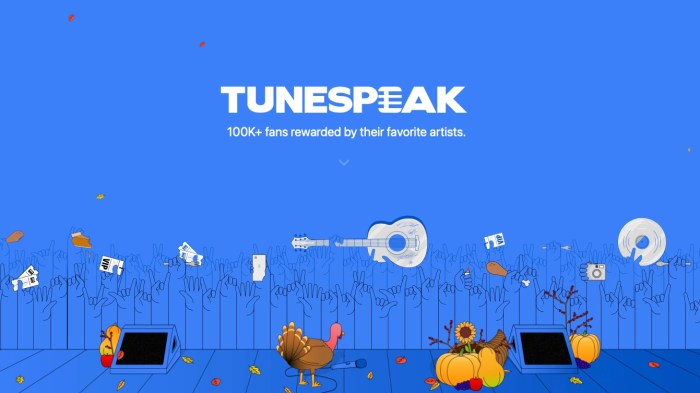 We last wrote about musician-to-fan loyalty platform Tunespeak in 2018, as part of our essential marketing tools kit of the year feature. Jessica Savage, then director of digital strategy and marketing at Kobalt, called it “by far my favourite solution for evangelising an artist’s fanbase and growing an audience.” Since then, Tunespeak has been busy building out new actions as well as expanding their services into new countries, so we decided to check back in and see what has changed.

The St. Louis-based company was established in 2013 by a team of musicians who initially built the platform for themselves to distinguish casual and engaged fans. Tom Pernikoff, co-founder and CEO of Tunespeak, explains: “We started Tunespeak with a simple mission – to help artists identify and reward their most passionate fans.”

Tunespeak has worked on campaigns for over 3500 represented artists and has rewarded over 250k fans on the platform. According to Chris Rhein, Head of Artist Relations at Tunespeak, they have around 50 campaigns running at any given time on their website. Right now, you’ll be able to find competitions from the likes of Biffy Clyro, Silk Sonic, and Charlotte Cardin. 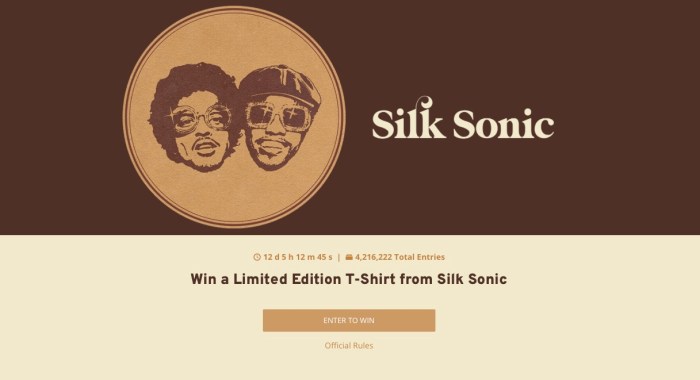 The platform’s core idea is for artists to offer prizes in exchange for fans taking valuable actions. From the point of view of the fan, it works like this: an artist promotes a competition landing page such as this one on, for instance, their social media and then fans then visit the campaign landing page and click “enter to win”. They then can create an account (using Google, Facebook or via email) and are then prompted to take further actions, which increase their chances of winning.

These further actions can be referring a friend, signing up to an email list, following the artist on Spotify – anything that the artist team sees as beneficial. Every time a fan does these things, they gain more “entries” to the competition, and these rewards are weighted according to the action – referring a friend might earn +1000 entries, following the artist on Spotify gains +100, and +20 entry points for viewing artist’s photos on Instagram.

A key differentiator compared to platforms with similar features is that Tunespeak is not a self-serve platform – instead the setup of the competition is handled by Tunespeak. Chris Rhein explains that it is simple to get started: “Basically we just need some approved assets – and links are helpful too if there is anything specific that you’re looking to push. We do all the setup and all the changes on our side… [and] we handle everything else. We do all the fan support, all the winner drawing, all the official rules, all the data compliance, and GDPR.”

Customisability and variety of fan actions

Competition landing pages are fully customisable – including an artist banner, the background, and the colour scheme. Rhein says: “We really want to make the fans feel like they’re in the artist’s world.” It’s not only the design capabilities that stand out when compared to other available platforms: artists are also able to add many more actions to their competition page, including subscribing on YouTube, saving and adding on Spotify or Apple Music, following a playlist, watching videos on YouTube, visiting an artist’s merch store, or following on TikTok.

As Facebook has pretty strict policies against incentivising likes or follows on Facebook and Instagram, the platform can’t include a “follow” action for those platforms – but as a workaround they have an Instagram feature where fans can scroll through posts from the landing page and receive points for checking them out.

With these sorts of campaigns, artists can add in as many actions as they like to really grow their channels and streaming success. By embedding retargeting pixels from key digital platforms, teams can also capture these engaged fans. The benefits of such a campaign can be huge – driving saves and streams across Spotify, Apple Music and YouTube, reactivating catalogue, growing owned channels, reaching a larger audience via word of mouth etc. 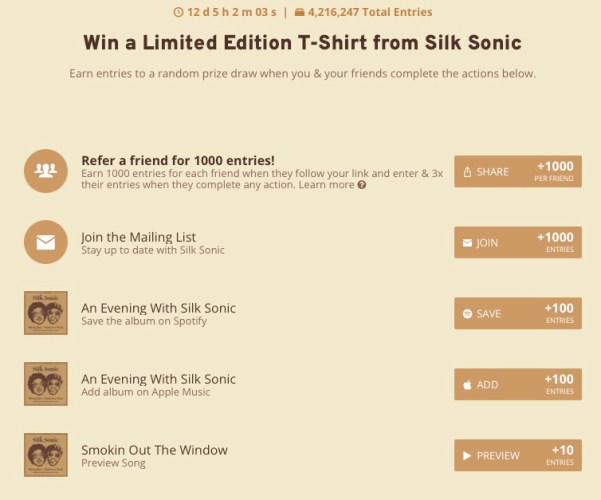 Another type of campaign are tour campaigns, which are similar – but fans choose whichever market they want tickets for, and compete against fans in the same market. Every market has its own campaign and Tunespeak does all the drawing for all the shows.

Many of the campaigns on Tunespeak are launched around album releases or around tours, with artists choosing freely the prizes they’d like to offer. When done well, it can boost a campaign massively, and Tunespeak’s service includes best practice implementation. The company recommends a campaign length of 60 days for best engagement, but is completely flexible based on the clients needs. After having launched a competition, artist teams can look into its uptake on a real-time dashboard Tunespeak is providing.

Comparisons to other platforms

Viral competition mechanisms like this are also baked into platforms such as ToneDen or Linkfire, however Tunespeak further differentiates itself by offering more customisability. Audience Republic is another platform that wants to help artists to sell more tickets through the use of competitions, although their campaigns are priced higher than Tunespeak’s.

Access to the US, Canada, and the UK territories are included in the standard price. Tunespeak recently expanded to France and Germany too, where competitions require an extra charge for the additional legal and the translation of the site. (When fans from different countries visit the site they can still enter competitions – but they will receive a warning pop-up that they’re not eligible to win.)

The company’s pricing model all comes down to the size of the artist – which is judged based on the social following on their most popular platform. For an artist with less than 50k followers, a basic campaign starts at $375. A tour campaign is charged per show, as each show has a seperate draw and associated fan support.

If you’re interested in hearing more about how Tunespeak works, reach out to the Artist Relations team via this form. 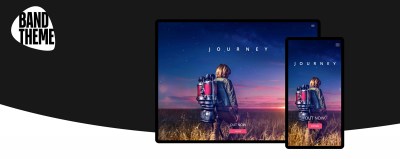 Even in the age of TikTok, Fortnite, and VR fitness, artists need websites, for essential purposes, like owning the relationship with their fans, or promoting current activities – or simply for SEO purposes. But user-friendly...
Read More 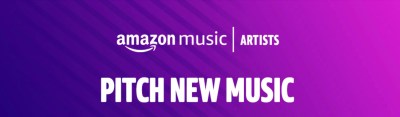 Since launching their Amazon Music for Artists backend in March 2020, Amazon Music has continued to add new features within the app, and the Spotlight feature or their Twitch integration are useful ways for artists to grow...
Read More 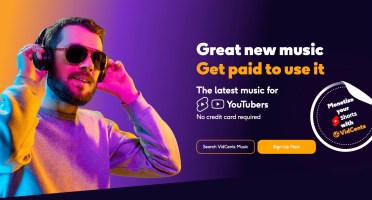