Startup Sensorium Corporation has created a series of virtual worlds, one of which, ‘Prism’, is devoted to music. Last year it announced a collaboration with AI music generation platform Mubert, and the fruits of that collaboration are emerging in the form of a virtual artist called Kàra Màr, who generates an “ever-changing flow of music” and, most intriguingly, “offers meaningful chats” to fans.

The link between the “real” and virtual worlds is also being blurred further, as the virtual DJ’s new album, called, “Anthropic Principle,” has been released to Spotify. The release comprises eight techno tracks generated by Mubert’s AI – and it sounds pretty good (and plausibly “human”) to these ears, and wouldn’t sound out of place in a techno DJ set.

Kàra Màr will perform in the Prism metaverse alongside virtual versions of (real human DJs) David Guetta, Carl Cox, and Armin van Buuren – and will also chat to fans in the Sensorium App, offering “unscripted thought-provoking conversations.” It’s interesting to see a virtual take on the direct-to-fan approach that many real artists are now making central to their businesses, although it remains to be seen if chatting directly to the artist holds the same allure when that artist is not a real human being.

Sensorium continues to expand its metaverse offering – and seems set to continue doing do, having raised $100m in funding, and selling crypto tokens. Roc Nation bought an undisclosed number of “Senso tokens” in July, while $7m were bought by Tidal in August 2020. 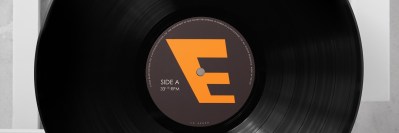 Three-month promos to encourage free users to start paying have been a key plank in Spotify's marketing arsenal for several years now.